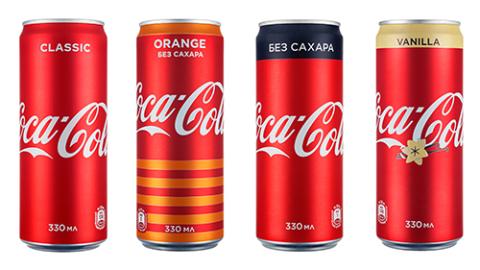 Coca-cola innovations are being designed with both “bigger is better” and scalability in mind.

Coca-Cola continues to leverage the benefits of its revamped organizational structure as the company ramps up its innovation plans and taps into its digital investments to adjust to shifting consumer needs.

Key to its progress are the consumer insights that are increasingly supported by the “digital backbone” from the Platform Services organization it established in 2020, said James Quincey, chairman and CEO, at the Consumer Analyst Group of New York (CAGNY) conference last week. As part of this, it’s standardized the innovation process to utilize advanced analytics to screen insights and identify opportunities for products, packaging, and operations.

“Intelligent experimentation … encourages local markets to test the best ideas in a way that allows us to nurture and scale them,” he said. “And then, in turn, we can expand across geographies faster than before.”

Quincey pointed to the label-less bottle packaging Coca-Cola initially launched in South Korea as an example. The more sustainable packaging was further iterated in Japan and is currently expanding to other regions. A similar story was found with packaging for its Sprite line; designed to enhance recyclability, the clear packaging will reach 120 markets this year.

Innovations are being designed with both “bigger is better” and scalability in mind, an approach that’s driving increased contribution from regional and global launches, the CEO said. For example, last year’s updated Coca-Cola Zero Sugar formula and packaging drove market share gains and accelerated growth in 80% of the markets where it launched.

Quincey called the innovation pipeline “formidable” for this year. The No. 14 publicly owned consumer goods company has more than 1,500 planned initiatives this year, with around 500 projects representing 80% of the contribution to gross profit from innovation.

With regard to the large number of initiatives planned, Quincey acknowledged long-term success isn't expected for all, and some, like the space-themed Starlight, will simply be limited-edition releases. Like many companies, Coca-Cola scaled back its market introductions during the pandemic because of supply chain stress, and this level of new initiatives is likely slightly ahead of its pre-COVID figures.

“In the end, it's about having enough shots on goal of all different types — whether it's in-and-outs, tests, experiments, moving things around, all the bigger bets — such that we can ultimately both support the core brands with the things that are ins-and-outs, and potentially find new avenues for growth with the bigger bets and the bigger innovations,” said Quincey.

Under Coca-Cola’s new marketing structure, a more streamlined approach is further helping scale digital execution and accelerated innovation, and the company expects the model to generate more new consumers and more personalized relationships with them.

Citing last year’s Real Magic brand platform as evidence of its stronger consumer connections, agility, and marketing effectiveness, Quincey said the new global category teams worked intimately with local operating teams throughout the year. This subsequently resulted in more co-creation, experimentation, and impactful messaging, enabling the ability to scale across geographies more quickly. The idea-to-execution timeline was estimated to be three months faster, according to the CAGNY presentation.

The company is also improving ability to expand distribution and increase transactions via its bottling partners, including optimizing customer solutions by segmenting markets based on channel, price, brand, occasion, and package. It used learnings from its reusable packaging in Latin America to invest in capabilities in its South Africa region to increase both availability and demand for refillable PET packages with a universal bottle — a process that Quincey said has been positive from revenue, transaction and value share standpoints.