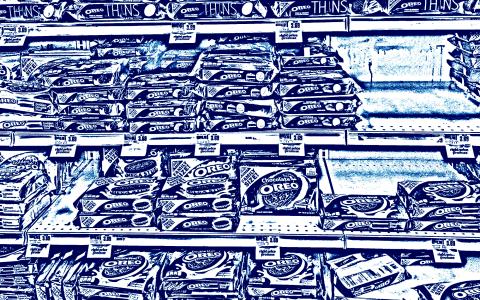 SKU rationalization has transitioned into SOP as consumer goods companies navigate the challenges of meeting unprecedented consumer demand with an uneven supply chain.

But beyond reducing costs and simplifying operations, the practice is playing a vital role in improving the supplier/retailer relationship during an especially complex moment — and may even pave the way for new innovation.

Mondelez International turned heads last month when it announced it would remove a quarter of its SKUs from production. “[Given] the consumer is driven more to our core offerings, it is an ideal moment to simplify our portfolio as well as our innovation pipeline to focus on our value-driving core,” CEO Dirk Van de Put said during a second-quarter earnings call.

General Mills slimmed its SKU count early in the health crisis to manage demand, and while some categories have already begun reappearing, others will take their place in the lost-but-not-forgotten CPG graveyard.

While SKU rationalization is an old tool in the CPG playbook — some aforementioned brands simply accelerated plans already in place — the number of companies implementing the practice at one time is unprecedented, at least in the United States, Dr. Jan-Benedict Steenkamp, marketing professor at the University of North Carolina at Chapel Hill, confirmed to CGT. (The practice remains more common in Europe, where store brands and private labels have a much stronger presence.) 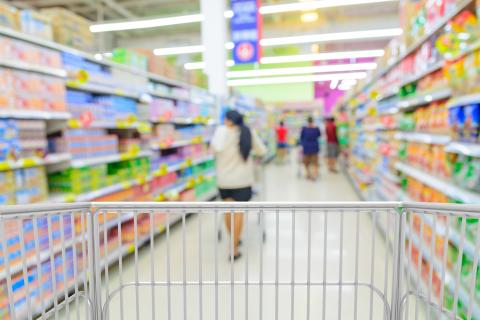 Manufacturers have always trimmed long-tail, under-performing brands, said Steve Flynn, senior VP of consumer brands at research firm Magid, but what’s notable that many of the world’s largest CPG companies are now trimming popular varieties within a successful category, such as certain flavors of potato chips.

And although consumer backlash remains one of the biggest risks of rationalization, those CGT spoke with agreed today’s threat is much lower than what might have been during our “old normal.” For one thing, most of the products on the chopping block are low-volume products — even Mondelez’s 25% reduction represents less than 2% of its sales.

Steenkamp noted that 80% of demand is typically taken care of by 20% of the SKUs of a particular brand. “I don't think there is going to be much backlash.”

Today’s extraordinary times also mean consumers are generally more forgiving, and “these large companies are not stupid to delist fairly popular SKUs or even popular brands,” he added.

With that said, Flynn noted that SKU limitations have been a driving factor in consumers switching retailers, trying private labels and shifting their spending online. “For now, consumers are quite forgiving, but we don’t know yet what the long-term implications are.”

Grocery retailers, which are very focused on efficiency right now, are broadly welcoming rationalization, said Neil Saunders, managing director of retail at GlobalData. The practice enables them to focus on best-selling brands and lines, and then on new and innovative products resonating with consumers. These retailers can play a role in preventing consumer backlash by ensuring they’re offering alternatives for brands that are delisted or discontinued, he said.

The increase use of data and consumer insights is also helping make SKU rationalization more successful than it may have historically been. “Retailers and CPG firms have access to a lot more data on the purchasing habits and behaviors of consumers,” Saunders said, noting that using it properly to inform brand decision making will be key to success during the pandemic. 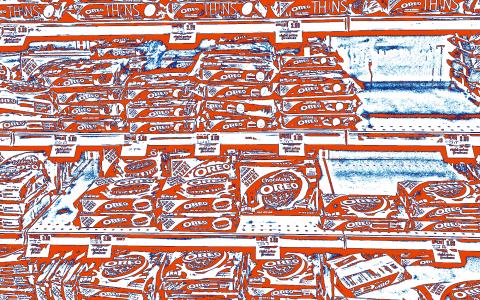 Although a wealth of new innovation isn’t expected at this time — innovation remains dictated by both budgets and market conditions — companies are using COVID-19 to re-examine many facets of their innovation pipeline, direct-to-consumer play, supply-chain processes and brand identity, said Flynn.

“The most forward-thinking companies are also reexamining their segmentation strategies, as consumption behaviors have shifted as well as occasions,” he added. “Some SKUs rely heavily on certain consumption occasions, say a party.  Now that those occasions have dramatically shifted, how will the strategy for a particular SKU evolve?”

This appears to be the case for Mondelez, which is viewing the current environment as an opportunity to simplify its business.

“What has happened over the years is that people are chasing growth. And as a consequence, they keep on launching new products. And that gives you a short-term benefit,” said Van de Put. “But at the certain stage, you need to clean that up. You need to look at your SKUs. You need to take a look at your innovation pipeline, and sometimes also at your brands and say, ‘Can these be simpler?’ But it's always a big discussion because the teams feel uncomfortable doing it.”

By maintaining the same shelf space with best-selling items, however, companies can see sales increase while their supply chain costs decrease.

“The stars have lined up” to do this now, said Van de Put. “The clients want great customer service. They want a cleaner shelf. They want to make sure that they can serve their customers. And we have the same initiative.”

Just don’t expect this streamlining to last forever, said Steenkamp. When brighter days do return, we can expect the SKU variety to once again ramp up, either from the bigger brands increasing their SKUs again or new players capturing shelf space.