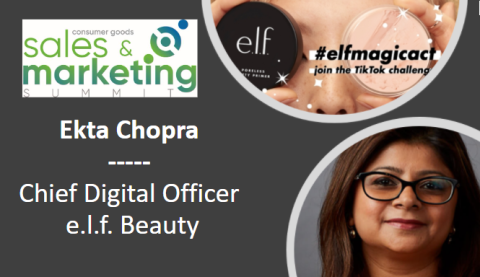 During the 2020 Consumer Goods Sales & Marketing Summit, an esteemed panel of executives from small to midsized brands talked about building meaningful, long-term, and mutually beneficial relationships with consumers, which is the heart and soul of this industry. CGTtapped into some leading brands who have this embedded throughout their sales and marketing strategies, as well as their organizations as a whole.

Chopra kicked off the session by talking about the most “fun” job she has ever had at e.l.f Beauty, which is a digitally native brand that started with its flagship e.l.f. Cosmetics, but in the last 12 months, expanded to a house of three brands. The company’s motto? “e.l.f. stands for every eye, lip, and face, and paw,” she said. 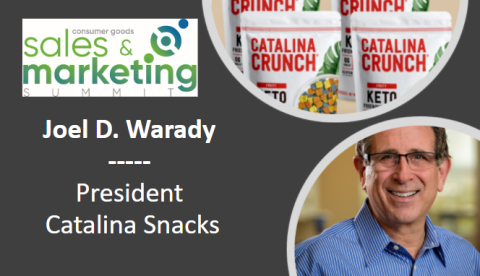 Warady offered his leadership experience by way of Keto-friendly cereal and snack company, Catalina Snacks. Both a DTC company and in about 8,000 stores throughout the US (primarily through cereal), the company most recently added cookies to its lineup. Previously, he was involved with Enjoy Life Foods which was acquired by Mondelez in 2015, where Warady remained on board through December 2019. This led to his work with many more emerging CPG food brands. Arguably, Warady noted that he was part of the original e.l.f.-ers (Enjoy Life Foods that is), he joked mentioning that he was in good company with Chopra.

According to Klein, 10-year-old Tiesta Tea is headquartered in Chicago where everything revolves around loose leaf tea. The tea with the best flavor and the most health benefits is tea that is in loose leaf form he explained, therefore unveiling the company’s goal to bring that awareness and messages to consumers everywhere.

According to Chopra, e.l.f. Beauty made a conscious decision two years ago to shut down all of its brick-and-mortar stores and take those dollars to invest in digital. From a marketing perspective (and with the pandemic), the company was ready to go and in very good shape. The biggest challenge they had was getting the sales team to understand why digital is so important. It was a learning curve. “Getting them to understand that digital doesn’t just serve brand.com, but it connects the dots of the full ecosystem,” she said. 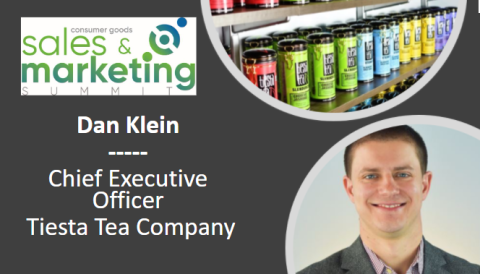 For Warady, being a new brand in the industry among a pandemic has brought on challenges that forced the company to adjust and shift. “We have overcome that,” he said, but talked about adjusting shopper marketing dollars “when your endcap displays are essentially useless” in curbside pickup scenarios. “These are all challenges we have in front of us, but that’s what we do as business leaders is meet those challenges to pivot as quick as possible,” Warady said, before noting that Catalina probably has redone its forecast three times.

Klein explained his forecasting woes as well, but perhaps a larger challenge is the lack of trade shows to network and cultivate the same kind of connections live, as they can on video. Bringing samples, doing store checks in different states, and marketing consumers has completely changed right now.

However, thankfully as Warady noted with cereal as well, the tea category is exploding right now on Amazon and DTC. “It’s one of those great products you can ship, it’s inexpensive, it’s dry … and we’re taking advantage of those benefits wherever possible,” he said.

The panel then shifted to how technology can help. “Technology has had to adapt so quickly,” said Klein before giving an example of doing tea tastings on video versus live. What are some other technologies this panel noted as paying off? Good video technology for R&D, augmented reality for beauty trials, data, data, data … “All of the technology we have in front of us has allowed us to continue to work almost seamlessly,” according to Warady’s sentiment.

“These technologies are helping them [consumers] actually experience everything that is physical, in the digital world,” Chopra added.

The group dove into more technologies to watch as well as channels and data they have at their fingertips to use to their advantage. These include the backend of Instacart, Ibotta and even TikTok to name a few.

Warady, Chopra and Klein also revealed how they are able to stay nimble and pivot during a time like now. Flexing with what’s going on in the world, being willing to experiment and change your mindset, and removing the red tape were among some of the advice.

“Engage with your email list in a way that’s not just blasting an email to every person on that list,” said Klein, adding that it’s also about customer service. Obsessed consumers are “your best loudspeaker,” he added.

For Chopra, it is about “how as a community we can come together.” She concluded, “It isn’t about selling product, it’s about connecting with them [consumers] at that deeper level.”

Couldn't make CGSM 2020 or want to re-watch a keynote speaker? Don’t worry! For the next 30 days, come back (at your leisure) to watch, download, and explore the virtual summit as much as you like. 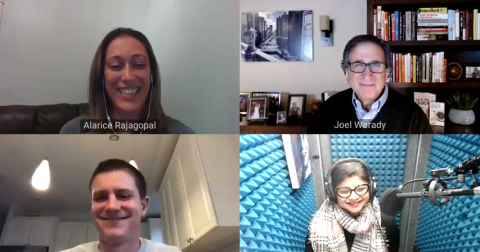