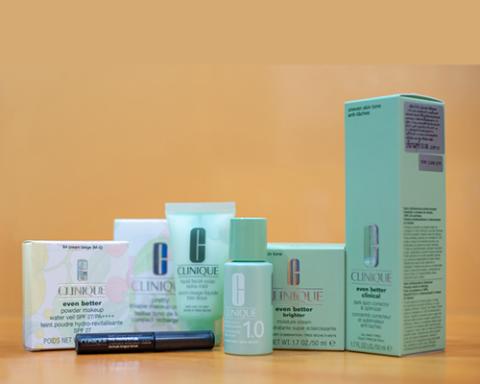 The Estee Lauder Companies is leveraging its digital consumer engagement investments to serve consumers “craving convenience and choice” during the pandemic.

The company reported net sales of $3.56 billion for its fiscal first quarter, ended Sept. 30, which is down 9% year over year. As the No. 44 consumer goods company navigates the pandemic-challenged retail landscape, however, it’s experiencing a familiar scenario of dramatic e-commerce growth.

Sales grew 60% on its brand sites during the period, and online sales — which the company includes sales from its websites, third-party platforms, and estimated sales of products sold through retailers’ websites — comprised more than 35% of total sales in the Americas.

Estee Lauder has jumped with both feet into virtual services across its brands, hosting more than 1 million virtual try-on sessions globally during the quarter. Consumers spend more than 30 minutes on average in a session, president and CEO Fabrizio Freda said in an earnings call, compared with just a few minutes in the past.

The company, which revamped its leadership structure earlier this year and hired its first chief data officer, is also connecting with consumers through its Clinique Skin School with on-demand live streaming. This led to the company developing daily programming that pairs consultants with influencers for favorite and upcoming products.

Clinique is also its first brand to launch new technology that pairs multiple hosts into one shoppable live stream.

The Bobbi Brown brand, meanwhile, added pre-booked video consultations, live chat, master classes and live streaming by converting some global makeup assets into "a network of virtual sellers," said Freda. The consultations are taking place on the brand’s websites, WhatsApp, WeChat or Instagram, and virtual services carry up to 10 times a higher conversion rate than the average, as well as a higher average order value.

In North America, the Estée Lauder brand launched AI-driven product recommendations based on real-time and past consumer behavior, and the company continues to invest in tech and tap into consumer insights through social media listening and machine learning across the globe.

An experiential store opened in New York featuring personalization options and interactive digital experiences. The Estee Lauder Companies has seen a dramatic uptick in buy-online-pickup-in-store services in the United States, with brands partnering with Postmates to launch same-day delivery.

In China, it increased social and digital ad investments, and is readying a new innovation center in Shanghai.

The company announced it August it will close between 10-15% of its freestanding stores globally, as well as some less productive department store counters. It will also exit certain wholesale doors, primarily in Western markets.

Closures will take place through this year and into fiscal 2022.

Learn more about the companies exploring Consumer-Obsessed Innovation at the Consumer Goods Sales and Marketing Summit!