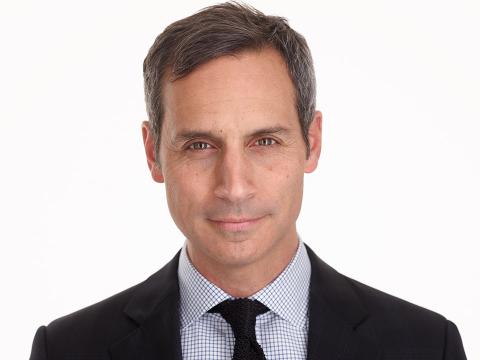 Most recently general manager of Walmart's sports and fitness e-commerce division, O’Toole joined Jet.com in 2016 and then, through its subsequent acquisition, Walmart. Under O’Toole, Walmart secured its partnership with Fanatics to launch a specialty shop for the licensed sports apparel on Walmart.com.

Walmart folded the Jet e-commerce operations into its own last year, and announced last week it would discontinue the site.

Prior to Jet, O’Toole spent 13 years with Groupe Danone — holding such roles as president of Danone Waters of America, general manager of YoCream International, and senior VP of Dannon Food Service — and he also spent 12 years at Nabisco and Kraft Foods in a variety of sales and marketing roles.

O'Toole will report directly to Edgewell president and CEO Rod Little, who called out the new president’s digital expertise as being instrumental in the company’s efforts to reshape its portfolio and “build a next generation consumer products company.”

Edgewell, which was spun off from Energizer Household Products and Personal Care in 2015, counts such brands as Schick, Wilkinson Sword, Playtex, Banana Boat and Wet Ones under its umbrella. It reported Q2 organic net sales growth of 2.4% vs. the prior year, driven by increased sales of its Wet Ones and feminine care products as a result of increased demand from COVID-19.

As part of this, the company reported e-commerce sales growth of 63% in the quarter — accounting for approximately 6% of total net sales — and Little said in an earnings call that Edgewell will continue to invest in expanding its digital capabilities to accommodate what’s expected to be an accelerated and lasting consumer shift to e-commerce.

The company is also taking steps to increase its manufacturing capacity for its Wet Ones brand, expected to come online mid-summer, including exploring third-party supply arrangements.

Little noted the company sees huge potential for the Wet Ones brand given the increased demand for hand sanitizing wipes during the health crisis. “This is a brand consumers need, and we think we’ll continue to need for a long time,” he noted.

It’s also exploring the opportunities for the brand within the commercial B2B space.

Edgewell attempted to acquire DTC men’s grooming brand Harry’s Inc. last year but abandoned the deal after it was blocked by the Federal Trade Commission. O'Toole is filling a vacant role that was slated to be filled by the Harry’s CEO in at the conclusion of the merger.