Harry’s Co-founders express disappointment in the agency’s decision to stop the potential $1.37 billion merger for the consumer shaving space.

In May 2019, Edgewell Personal Care announced its intent to combine with Harry’s Inc. to create a next-generation consumer products platform "with an expansive runway for accelerated topline growth and enhanced value creation."

Together, the consumer goods companies planned to leverage Harry’s disruptive force in the industry across the shaving, grooming and direct-to-consumer markets – with Edgewell’s strong intellectual property, product technology and global scale.

Andy Katz-Mayfield and Jeff Raider, Harry's co-founders and co-CEOs, had also agreed to join the executive team of Edgewell at closing to serve as co-presidents of U.S. operations. However, the Federal Trade Commission has put a stop to these plans.

The agency said Monday that it plans to sue to block Edgewell’s $1.37 billion acquisition of the shaving start-up, arguing that the industry needs start-ups like Harry’s to keep giant companies (like P&G and Edgewell) in check.

“Harry’s is a uniquely disruptive competitor in the wet shave market, and it has forced its rivals to offer lower prices, and more options, to consumers across the country,” said Daniel Francis, deputy director of the FTC’s Bureau of Competition. “The Harry’s and Flamingo brands represent a significant and growing competitive threat to the two firms that have dominated the wet shaving market for decades. Edgewell’s effort to short-circuit competition by buying up its newer rival promises serious harm to consumers.”

Edgewell, Harry’s, and market leader Procter & Gamble are among the few significant competitors in the U.S. market for the manufacture and sale of men’s and women’s wet shave razors. Edgewell is also the leading supplier of private label razors in the United States. The complaint alleges that, for many years, Edgewell and Procter & Gamble operated their respective Schick and Gillette brands of men’s razors, and Intuition/Hydro Silk and Venus brands of women’s razors, as a comfortable duopoly characterized by annual price increases that were not driven by changes in costs or demand.

Harry’s launched as an Internet-only, direct-to-consumer wet shave brand, and in 2016, Harry’s entered into brick-and-mortar retail stores. As a result of this new competitive threat, Procter & Gamble and Edgewell reduced prices and developed previously unavailable value-priced products, generating significant benefits for consumers. By bringing the disruptive Harry’s under Edgewell’s control, the complaint alleges, the proposed acquisition would eliminate important and growing competition among suppliers of wet shave razors, and would inflict significant harm on consumers of razors across the United States.

The Commission vote to issue the administrative complaint and to authorize staff to seek a temporary restraining order and preliminary injunction was 5-0. The administrative trial is scheduled to begin on June 30, 2020.

Both Harry’s and Edgewell issued the following statements on Monday regarding the decision by the FTC to challenge the proposed acquisition:

Rod Little, president and CEO of Edgewell, said, "We continue to believe the combination of our two companies would bring together complementary capabilities for the benefit of all stakeholders, including customers. We will review the FTC's decision and respond in due course."

"We are disappointed that the FTC is attempting to block our combination with Edgewell and are evaluating the best path forward. We believe strongly that the combined company will deliver exceptional brands and products at a great value and are determined to bring those benefits to consumers," according to Jeff Raider and Andy Katz-Mayfield, Co-Founders and Co-CEO's of Harry's, Inc. 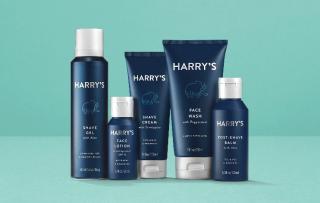 Edgewell plans to capitalize on Harry's strength in brand positioning and design to enhance its North American Wet Shave offering to appeal to a broader and more diverse set of consumers. Edgewell will also leverage Harry's direct-to-consumer capabilities to drive online growth. Internationally, the combined company will be well-positioned to accelerate growth in attractive categories.

Delivering Meaningful Cost and Revenue Synergies: The companies expect to generate approximately $20 million of EBITDA in annual cost savings by 2023, driven primarily by production and supply chain optimization, purchasing and distribution efficiencies and SG&A rationalization. These cost synergies are in addition to the $225 to $240 million of gross cost savings that are expected to be achieved through the continued execution of Project Fuel. In addition, the companies expect to deliver approximately $20 million of EBITDA in annual revenue synergies by 2023, driven primarily through the combined company's footprint, international expansion, product and brand enhancement and new brand and category launches.

Driving Cash Flow and Portfolio Refinement to Enable Deleveraging: The combined company is expected to generate $200 - $300 million of annual organic free cash flow, which will enable it to accelerate the de-leveraging of its balance sheet by approximately one turn per year. In addition, Edgewell is continuing its previously announced exploration of strategic alternatives for its Feminine Care and Infant Care businesses, including the potential sale of one or both businesses. Should a divestiture occur, proceeds would be used to pay down a portion of the combined company's debt. The combined company is expected to have pro forma gross debt / EBITDA of 5.2x upon completion of the transaction and less than 3.5x by year two, post close.