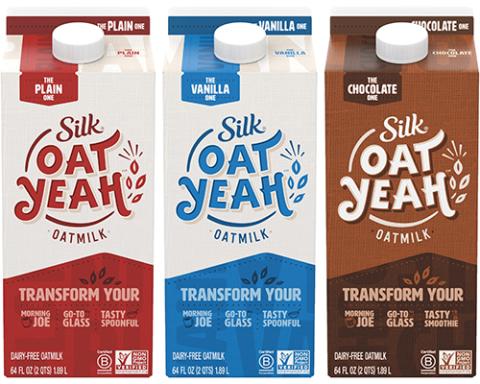 Danone has named Coca-Cola veteran Shane Grant as executive VP and CEO of Danone North America, brought on to lead the company’s growing essential dairy and plant-based (EDP) business in that market.

Grant spent nearly two decades with The Coca-Cola Company, where he held such roles as president of the still beverages business unit in North America, and president of Coca-Cola Canada. He also spent more than three years at Unilever.

Reporting to Danone chairman and CEO Emmanuel Faber, Grant will be a member of the executive committee.

Danone acquired WhiteWave Foods in 2016 as part of a $12.5 billion deal and is developing a strategy to meet the rising demand of consumers adopting flexitarian diets. In order to capitalize on the growth of the plant-based market, the company will break out EDP North America as a separate business, making it the company’s largest business.

Danone is also creating a plant-based acceleration unit, led by Francisco Camacho, and will expand into new geographies outside North America, as well as new categories including coffee. It intends to increase plant-based sales worldwide from around $2.16 billion in 2019 to around $5.4 billion by 2025.

Emmanuel Faber, Danone chairman and CEO, noted his appreciation for the work of the Danone global and North American EDP teams over the last three years to integrate WhiteWave and its dairy business in the U.S. and Canada.

“With a sequential acceleration of sales growth, and the targeted $300 million synergies already secured, we believe it is the right moment for Danone North America to start another exciting phase of development and to fully participate, as the largest B Corp in the world, to Danone’s sustainable value creation agenda, while deploying our ‘One Planet. One Health’ framework of action,” Faber said.

“I am also convinced that, as our large countries are now entering into a lasting COVID-19 recovery phase, this increased regional focus will be instrumental to adjust and execute our strategies to the local policies and realities,” he added.

Dollar sales of plant-based foods grew 11% from 2018 to 2019, according to SPINS data researched on behalf of The Good Food Institute, reaching $5 billion.

Danone sells products in more than 120 markets under such brands as Activia, Evian, Horizon, Oikos and Silk, and employs over 100,000 people. The company is No. 16 on the CGT Top 100 Consumer Goods Companies of 2019 list.