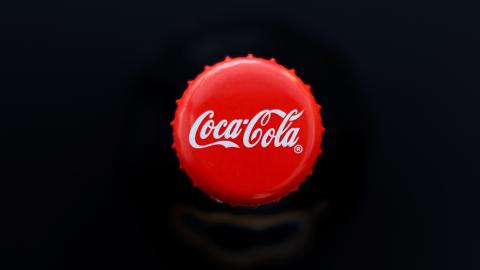 The Coca-Cola Company is pushing forward on getting its less digitally advanced retail partners up to speed, as the company continues its own efforts to digitize and streamline the enterprise to more effectively engage with consumers.

James Quincey, Coca-Cola chairman and CEO, classified the company’s retail partners as generally occupying two buckets: modern retailers that have been operating digitally for quite some time, and the company’s fragmented trade partners, a segment that makes up about half of its business.

This part of the Coca-Cola universe was un-digitized largely because the retailers lacked computers or smartphones, said Quincey at Bernstein Strategic Decisions Conference, a fact that’s changed rapidly in the last few years. As these merchants advance, Coca-Cola too is upgrading its digital capabilities to propel them forward and establish digital relationships with these sellers.

“What we see in that space is very clearly that we're going to have to upgrade our digital connectivity with those types of retailers,” he said, as providing the salesforce with a digital backup that allows them to buy products, get service orders, and request merchandising material all combines to sell more products.

“It’s self-evident that digitally enhancing and enabling the salesforce with the platform is going to continue to drive the business forward and make it more successful,” Quincey emphasized.

As with many CPGs, the pandemic spurred Coca-Cola to execute new ways to digitally serve consumers and retailers. Other examples of these efforts include its Wabi digital ecosystem, which the company uses to sell beverage and multi-category orders both direct-to-consumer and B2B.

Used in regions with a high density of these independent retailers, such as Latin America, consumers can place an order in the Wabi mobile app, and the order is then routed to the nearest retailer, which has the option to accept the order and deliver the product.

More of What Consumer Want

Quincey also shared insight into the benefits Coca-Cola’s simplified marketing structure is bringing to the No. 14 consumer goods company, including enabling it to better connect with consumers. Campaigns coming through the new model, such as the Real Magic platform or Coca-Cola Starlight campaign, are resonated much more strongly with consumers with relatively little marketing, he said.

“It’s really moving to where the consumers are engaging,” the exec said of the metaverse-themed Coca-Cola Zero Sugar Byte launch, adding that the engagement for Starlight was significantly higher than traditional flavors. “The model has helped us both do the big things and get more bang for the buck and more contact with the consumers, but also shift the type of marketing to the things that generate more organic engagement with the consumer.”

As part of this, Coca-Cola pop-up retail stores are stoking engagement by tapping into the appeal of collectability and limited editions — “and that's kind of where the consumer has moved to in terms of some of this engagement.”

“It’s not about selling the hoodie in the London store; that's not going to do anything for the numbers in of itself of the Coke company, nor is Coke Starlight or Coke Byte,” noted Quincey. “But it's the re-engagement with the consumers, with the brand and bringing them back to the big franchise that is the value of the initiatives. And if that's what they want to engage with to come back to the big franchise, then that's what we'll be doing more of.”

Listen: Why We Need to Stop Calling Everything the Metaverse