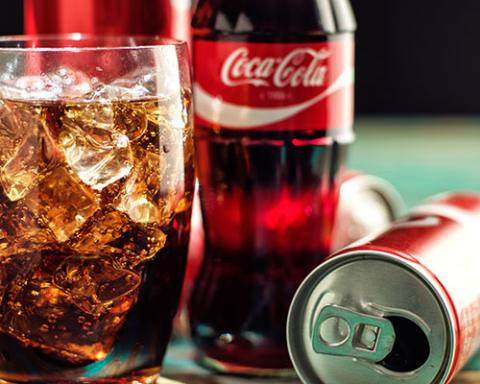 The Coca-Cola Company shared details on how its Wabi digital ecosystem is improving its relationships with both retailers and its bottling partners, as well as providing valuable consumer insights.

In use for more than two years, Wabi is a set of features in a digital ecosystem that enables the No. 12 consumer goods company to sell beverage and multi-category orders both direct-to-consumer and B2B. The company is predominantly using Wabi in partnership with its bottlers in the B2B space, but it’s also experimenting with it in B2C.

The Wabi model has been used in regions with a high density of mom-and-pop shops, such as Latin America, James Quincey, Coca-Cola chairman and CEO, said in an earnings call last week. A consumer places an order in the Wabi app, which then shops the order to the independent retailer nearest to the consumer.

The retailer can accept that order like they would a ride-hailing service, Quincey said, and given that they’re likely to be 50 to 200 meters from the consumer, they can deliver the product in 20 minutes or less. It’s also using the platform in some QSR restaurants in regions including Argentina, and the experience is providing the company with a wealth of insights and data.

The company is additionally accelerating the digitization of its relationships with its bottlers, particularly with independent retailers and restaurants. “Of course, now that the rollout of smartphones and smart devices everywhere is expanding, you don't necessarily need the salesperson to turn up at the store in order to capture an order,” Quincey noted.

As part of this, it’s blending the use of its sales force to drive account development and in-store activations known to create impulse purchases —advancing execution and leveraging platforms to drive order-taking.

“We're getting a lot of learnings with the bottler on how that improves not just efficiency, but just as importantly, the effectiveness of the selling and the execution process,” Quincey noted. “Depending on where you are in the world, sometimes that's just a beverage approach. But we've also got some experiments, where it's a multi-category approach through the platform, and links to either wholesalers who deliver either all or the non-beverage categories, etc.”

He added that they continue to see the ongoing digitization of interactions between consumers and retailers, and retailers with suppliers.

“We think the Coke system globally with our bottling partners is in a tremendous position to expand the depth of our relationship with the retailers,” noted Quincey. “And we are being open minded as to exactly what form that takes and working with them to drive a whole set of experiments to see what works.”