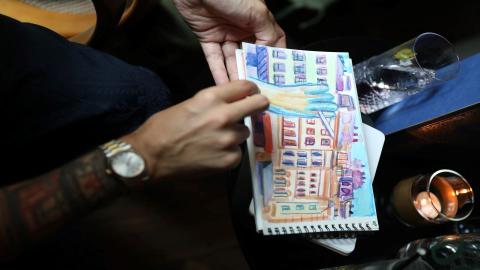 John P. Dessereau working on the NFT concept at Maison Hennessy in Cognac. Courtesy of FWB and Hennessy.

While CPG brands are beginning to dive deeper into immersive experiences in the metaverse, Maison Hennessy is building an exclusive, digital and real-life hybrid membership with NFTs and cultural exhibitions as the backbone.

Café 11, named after the hour when the Hennessy Tasting Committee meets, is a Web3 initiative that taps into the NFT community. Described as 1920s Parisian café society — taking influence from Jazz Age speakeasies with a bold, modern twist — the experiences will embrace dynamic, artistic spaces to celebrate Hennessy’s 250 years of innovation.

The initiative uniquely blends together real life and Web3, holding member-only, in-person events across the globe with the inaugural experience launching at Art Basel Miami on December 1. There, participants will enjoy several benefits, including cognac tastings, culinary and entertainment events, and cultural exhibitions.

Created in collaboration with DAO Friends With Benefits (FWB), a hub of tastemakers, innovators, and artists located across the metaverse, Café 11 provides intimate, curated spaces where participants can meet and experience “elevated hospitality.”

FWB’s Gabe Quintela, head of partnerships, said the organization looks to foster authentic connections with this experience, “acting as a social convening point for curious, ambitious people and institutions who want to use decentralized technology to co-create our future.”

Maison Hennessy keeps the experience exclusive, open to only those who own a Café 11 NFT designed by John Dessereau, a New York-based artist, or members of FWB. 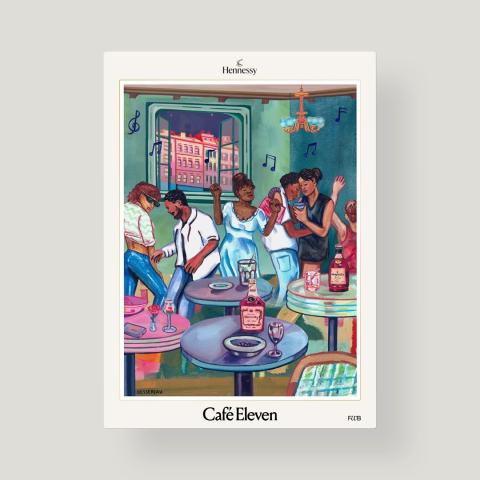 Those interested in participating can still do so during Hennessy’s public sale of 1765 NFTs — a special event starting November 4 in tribute to the year of its founding. Each NFT is valued at $450 and secured on the Ethereum blockchain.

Hennessy’s president and CEO Laurent Boillot said the company believes in the power of community and embracing local cultures, and does so by supporting avant-garde creations.

"Like Hennessy, FWB has a deep-rooted passion for art and culture. And, like Hennessy, FWB brings together a vibrant community of diverse, inspiring creatives from every horizon: Hennessy and FWB are shaping a world of possibilities both digitally and IRL,” he said in a statement.

Boillot refers to the partnership as “unprecedented,” and looks forward to sharing the experiences, “from the Château de Bagnolet in Cognac to places yet to be revealed,” with Maison Hennessy’s communities.

An innovative variation on more traditional Web3 and metaverse initiatives currently being launched in the CPG space, Maison Hennessy’s efforts merge two separate worlds, which could create increased opportunities for the company to strengthen loyalty and brand recognition.

Other CPGs have fully embraced immersive technology like augmented reality or virtual reality, as with Cheetos’ first foray into Meta Horizon Worlds. Can Maison Hennessy capture the same level of interest as Frito-Lay? Will the exclusivity of the initiative keep participants more engaged?

Also a play on loyalty programs, which are sorely lacking in the CPG space, Maison Hennessy’s NFT membership — although it comes at a cost — could lead to significant insights down the line. How will it compare to the third-party relationships being formed with companies like Fetch, as Mars has recently launched?

While the consumer benefits of joining a community — rewarding continued loyalty, creating engagement, establishing brand ambassadors, etc. — are accessible via both formats, the ROI and the insights garnered will surely vary widely.