For an agent of such a mild fruit, Avocados from Mexico has muscled its way into a solid reputation as a marketing disruptor.

For an agent of such a mild fruit, Avocados From Mexico has muscled its way into a solid reputation as a marketing disruptor.

A subsidiary of the Mexican Hass Avocado Importers Association (MHAIA), Avocados From Mexico is the promotional arm for both MHAIA and the Association of Growers and Packers of Avocados From Mexico. The Irving, TX-based firm has garnered many a headline for its unconventional, creative and successful Super Bowl campaigns executed across multiple digital channels.

In 2019, the company created Match Dog Com, an IBM Watson-powered campaign that mined a consumer’s Twitter history, and then used artificial intelligence to develop a profile matching it with the compatible personality traits of dogs in their ZIP code that were available for adoption on Adoptapet.com.

In 2018, it captured the No. 1 spot on Salesforce’s Most Mentioned Super Bowl Advertiser list with its GuacWorld campaign that married selfies and interactive emojis. The year before, it secured over 2 billion impressions before the game even started with an #AvoSecrets campaign linking video, social media and a smartphone app.

It is, fittingly for a Super Bowl advertiser, a “Go big or go home” type of underdog brand.

“The Super Bowl is a very special case,” acknowledged Ivonne Kinser, head of digital marketing at AFM. “When you have some of the largest budgets in the industry funding the digital executions of some of the brightest minds in the industry, the competition gets tough — [especially] for a small brand like ours.”

In order to spread its 2020 message in an equally big way, the company turned to blockchain, specifically Vatoms, to develop the #AvoNetwork digital campaign. Created by Vatom Labs, Vatoms are blockchain-based smart media objects that are collectible and exchangeable for real items. These trackable and attributable “digital avocados” were tied to digital wallets consumers created on AFM’s site.

About 53,000 users registered to create the digital wallets, in exchange for which they received a daily notification when a Vatom was released and details on how to collect it. Each Vatom translated into an entry to win over $30,000 worth of prizes, with collection methods including engagements like following the company on social media or sharing AFM posts.

Consumers could also separately engage with the brand on Twitter, earning chances to win prizes by retweeting AFM’s campaign tweets and/or using the #AvoNetwork hashtag.

“Vatoms provided the opportunity to create ongoing organic engagement with our consumers throughout the three-week campaign, instead of just delivering a message once,” said Kinser. “The 53,000 users who registered for the experience not only interacted with the brand multiple times through a carefully curated consumer journey, but they obtained something that it will still keep their value even after the campaign ended.”

The campaign delivered 2.3 billion social impressions in the course of three weeks, Kinser said, and catapulted AFM into the No. 2 spot on Salesforce’s list of Most Mentioned Advertisers Globally — bested only by Donald Trump. In Merkle’s Digital Bowl Report, in which advertisers are ranked on their ability to extend engagement across paid and organic search, social media and digital media, AFM again took second place, trailing TurboTax.

“Delivering that kind of reach and frequency with that kind of relevancy in only a few weeks makes an impact at levels much higher than KPIs such as impressions,” said Kinser. “It does contribute to move the needle in hard metrics, such as purchase consideration, even months after the campaign ends.”

As with most of today’s consumer goods companies, advanced analytics and emerging technologies are foundations for AFM’s marketing strategy. The company recently secured a partnership with e-commerce solutions provider Mikmak, intended to reduce payment friction by linking AFM’s social and video content with its primary e-tail partners.

AFM is also working with OneSpace to position Avocados From Mexico front and center of the digital shelf, while its relationship with tech firm Chicory, lets consumers place recipe ingredients on the AFM website into a digital shopping cart of the consumer’s e-tailer of choice. In addition to shrinking the path to purchase, Chicory’s services include serving relevant ads across its partner network.

Despite this strong connection to new technology, when asked how brands can leverage more innovative digital ideas and technologies, Kinser warned against the lure of “shiny objects” and instead encouraged them to focus on marketing’s macro trends. “Sometimes it’s not easy to identify the difference between one and the other one,” she conceded, “but understanding how human behavior is evolving helps us to recognize sustainable innovations and identify the technologies that are here to stay.” 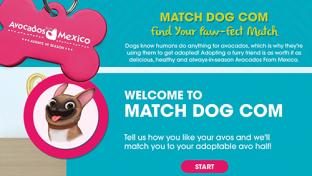 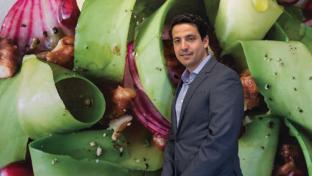 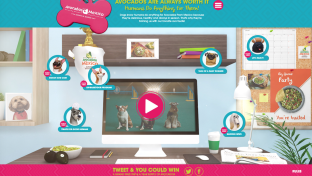