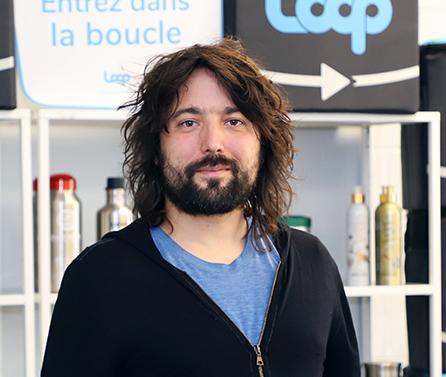 In Tom Szaky’s Utopian worldview, the waste-management company he founded in 2001 would cease to exist, in part because all consumer goods products would be available in reusable containers.

And so as part of its progress to make itself irrelevant, TerraCycle announced last month its Loop product-reuse initiative has become available in every ZIP code in the continental United States.

It’s quite a feat for an idea initially faced with so much skepticism when officially launching less than two years ago at the World Economic Forum. The program, in which consumers purchase products in durable packaging and return the containers for cleaning and replenishing, aims to kill off disposable, single-use packaging.

With a deep reliance upon getting the biggest CGs to participate while keeping prices palatable, it was a dubious plan for many, and TerraCycle was not naïve about the challenges it faced, Szaky told CGT in a recent interview. They knew they’d have to bag a whale right out of the gate.

“Loop only works if you have a massive coalition of stakeholders,” Szaky said. “You have to have lots of brands and lots of retailers all playing together to make this platform be alive — and in the end as convenient as possible for retailers and consumers.”

The first company to join was Procter & Gamble, sending a powerful message to the rest of the consumer goods industry, said Szaky, with Unilever, Mars, Nestle and PepsiCo quickly following suit. In one big green snowball, 100 companies signed on within a year, with today’s partners including retailers Kroger, Walgreens, Loblaw and Carrefour.

Loop is currently available through more than 80 brands and 400 products around the world, with over 100,000 registered consumers.

“People didn't really believe that we could get companies to fund this voluntarily because it's hard enough to pass deposit laws or extended product responsibility legislation,” Szaky said. “It’s one of those things where as we started proving it, more people started seeing the light, and now we work with just about every major retailer and manufacturer out there, more or less.”

Small or large, all CGs want to authentically become part of the solution in the global sustainability problem, he said, while accepting that profitability must be maintained in the process. In bringing partners into the TerraCycle and Loop ecosystems, the last thing its founder wants is his salespeople telling them they should participate because it’s the right thing to do. 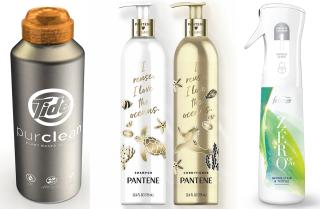 Loop now counts some of the largest consumer goods manufacturers as its partners.

“If the client tells you they're doing it because it's the right thing to do, you haven't successfully accomplished the goal of explaining why it's a good business decision.”

Ultimately, Loop deems simplicity as its secret sauce: By joining and filling products into durable containers instead of disposable ones, a brand can enter reusable consumption and its associated sustainability benefits without encountering many of the drawbacks. Instead of asking brands to develop and install product filling stations in stores, the ask instead becomes that they switch from plastic to aluminum.

In addition to helping companies achieve their sustainability goals, it also unlocks the potential for innovation. Whereas cheap, disposable packaging carries no accompanying innovation budget, the packaging used in Loop subsequently becomes an asset to the manufacturer.

Szaky cited Ajinomoto as an example, a Japanese food company developing food packaging with humidity and temperature sensors that will deliver product quality details to a consumer’s smartphone. In addition to appealing to consumers through a beautiful design, this innovation is only made possible because consumers aren’t purchasing the packaging, said Szaky, but merely borrowing it.

Retailers, meanwhile, are also drawn to Loop because of the same motivation: They want to solve the packaging part of our global waste problem, and they want to do it in a way that's simple for them.

They don't want to install refill stations, he noted. They want to just sell products that are delightful and irresistible to the consumer, who in turn want better experiences without inconvenience.

“People want to desperately do the right thing,” Szaky said. “Sure, there's a few sort of, you know, psychopaths who are evil people, but people are generally good people.”

At the same time, while people want to be purposeful, they need to work within the constraints that they are provided, said Szaky, even if it’s something as uninspired as profit maximization, and failing to reconcile this is where many sustainably-minded companies struggle, he said. 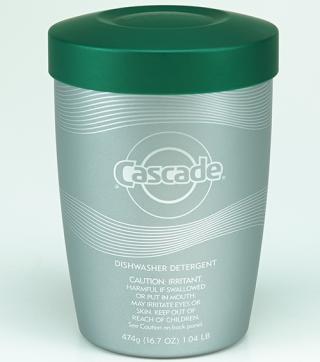 “If you're going to champion for purposeful action — for us that's about waste, but it could be anything — you have to honor the restrictions that the other people are put into, and play into those instead of trying to disregard them or diminish them.”

For consumers, their self-imposed restrictions are convenience, affordability, features and benefits, while corporations want to maximize their profit and gain market share. Ultimately, this is where the sustainability movement suffers because it fails to play into this, he said, instead asking people and companies to work outside their constraints.

“The good news is, people do want to be purposeful. We just have to make it easy for them to be able to say yes.”

Of course, we’re currently living in a moment when single-serve has become an acceptable standard as result of the COVID-19 health crisis. As such, Szaky views this difficult period as fork in the reuse road.

Consumer-driven cleaning and filling models have been decimated by COVID-19, he said, with many retailers no longer permitting consumers to use their own containers. As a professional reuse model, however, Loop hasn’t experienced negative effects during the pandemic.

In fact, he said, sales have only grown during the health crisis. Its U.K. launch in Tesco in July was the company’s best yet (though he attributed that more to luck).

And while Szaky would love for TerraCyle to one day become irrelevant and all users be re-users, he accepts that achieving that requires humanity to accept that people must simply buy way less stuff.

“The real answer to garbage is we have to just simply consume less stuff. … No matter if it's organic, fair trade, vegan, reusable. No form of consumption is no-impact. And when we aggregate all of our purchasing decisions, it's a tremendous amount of impact on the planet.”

His more pragmatic vision for his company is that reuse will capture up to 15% share of a consumer’s wallet of consumption with the next decade, a goal he described as realistic.

“We're feeling very on track to achieve it.”