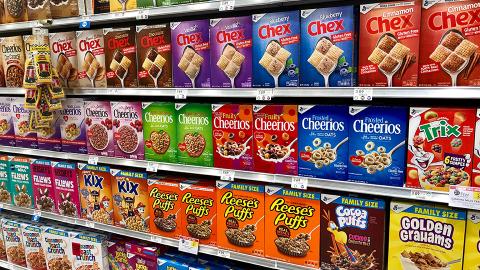 Most consumers intend to reduce their product spending during the next three to six months, and brands are being challenged to ensure their promotions are hitting the mark.

It’s a shift that’s already started, according to new research from The NPD Group, which found that more than eight in 10 U.S consumers are planning to make changes to mitigate their product spending and have already begun making fewer purchases than a year ago. The move is expected by the firm to have a broad impact on retail, and it’s not something being lost on consumer goods companies.

General merchandise retail sales revenue is down 1% through mid-May vs. the prior-year period, though up 19% above pre-pandemic levels in 2019.

“There is a tug-of-war between the consumer’s desire to buy what they want and the need to make concessions based on the higher prices hitting their wallets,” said Marshal Cohen, chief retail industry advisor for NPD. “And consumers aren’t just buying less stuff, they are shopping less, which means a loss of the impulse-shopping moments that are critical to retail growth.”

Consumers bought 6% fewer items at retail in the first quarter of 2022 than the same period last year. Though average selling prices for the products are up 10%, a decline in demand translated to average amount spent decreasing around 2%. A 5% drop in purchase frequency is further exacerbating the situation.

In a separate survey in February, NPD reported that 89% of consumers had noticed price increases during the past three months vs. a year ago. The top categories that consumers noticed increases included food (87%), gas (77%), dining (55%), apparel (46%), and home goods (41%).

A significant number of consumer goods companies have been raising prices to combat inflation stemming from supply chain disruption, rising input costs, and Russia’s invasion of Ukraine, including Coca-Cola, Nestle, and PepsiCo.

In an earnings call in April, PepsiCo CEO Ramon Laguarta described consumers as being very early in the process of adjusting to the new inflationary environment.

“I think there's going to be more consumer new behaviors adapting to the new realities,” he said. “There are going be channel mixes changes. There's going to be probably packaging mixes changes and some other decisions. Consumers will stop doing certain things they were doing, going out more, maybe traveling and so on. So we think we're early in the process.”

Jon Nudi, group president of North America retail at General Mills, noted at an investors conference last week that it’s been nearly 40 years since they’ve seen this level of inflation.

The company, which has raised prices five times in the last year and expects to do so again — though not for all products — is leaning on the strategic revenue management capabilities it’s developed over the last five years, which leverage analytics to enable it to be more sophisticated in handling pricing.

“We have tools now that are very technical and models that really help us figure out the best way to take pricing,” said Nudi. “So, in many cases, it was list price increases. We adjusted our promotional frequency and depth as well. And then pack price architecture is another area that we leaned into.”

Mondelez International is similarly stepping up its RGM capabilities, said CFO Luca Zaramella. “The amount of work we have been doing in some emerging markets, I think it is remarkable, both in terms of size optimization, heating price points, optimizing channel profitability, exploiting mix, optimizing promotional spending, etc.,” he said at an investors conference in May.

“But there [are] still more opportunities around the world, and so RGM is really critical,” he added. “And we are stepping up capabilities to ensure that we optimize also the level of the elasticity into the P&L.”

The Kraft Heinz Company, meanwhile, is leveraging its recent partnership with Microsoft to enhance its promotion capabilities in a big way, including using artificial intelligence to maximize its promotion budget.

“What is better in New York in the convenience store is not better in California in a Hispanic supermarket, right?” said Miguel Patricio, Kraft Heinz CEO, at the Bernstein's Annual Strategic Decisions Conference last week. “By analyzing all the data that we have, we can maximize this budget in a much better way and a faster way.”

Today’s consumers do intend to look for more promotions, according to NPD, as well as lower-priced items. They also plan to trim back on overall purchases during the next three to six months.

Just 17% said they’re not planning on making any changes to their spending behavior, while 23% said they intend to cut back. Looking for promotions was the most popular response, cited by 28% of consumers.

Consumers aged 55 or older are the most likely to be planning changes to their spending behavior, an NPD spokesperson told CGT, noting that there’s little variation between men and women, and income groups.

Nearly 70% of consumers also indicated that labor shortages have caused reactive changes to their purchases in the past six months, including visiting a different retailer or skipping the purchase entirely.

“Marketers must be well versed in all the conditions influencing their retail channel, and their target consumer, or they will risk missing growth opportunities,” Cohen said. “An appealing shopping environment, displays that make the product pop, and persuasive promotions are necessary to get more items into the basket when consumers do shop.”