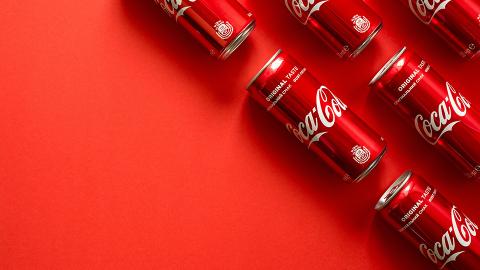 The Coca-Cola Company is restructuring its platform services organization, splitting the leadership responsibilities in two.

First announced in 2020, the platform services organization was developed as part of a larger Coca-Cola initiative to build a networked global organization that focused on marrying the beverage giant’s scale with deeper, local knowledge. Platform services supports the structure by providing efficiencies involving data management, consumer analytics, digital commerce, and social/digital hubs, while working in partnership with Coca-Cola bottlers.

Barry Simpson, who has been involved with the Coca-Cola ecosystem for 14 years, will step down as chief platform services officer at the end of the month, and the group will be restructured under Neeraj Tolmare, Coca-Cola global CIO, and a second executive, to be named later.

Tolmare will lead digital and technology services, while the second exec will lead the other services teams. Both will report to John Murphy starting Oct. 1, when Murphy succeeds the retiring Brian Smith to become president and CFO.

The networked global organization change, which also significantly impacted Coca-Cola marketing structure and strategy, remains a work in progress, James Quincey, Coca-Cola chairman and CEO, said at the Barclays Global Consumer Staples Conference this week. It was implemented during the height of pandemic disruption, a moment that he said provided an opportunity to distract from growth as they were more focused on keeping the supply chain running vs. growing.

“As we've told before, I'm not a believer in perfect worlds and there's no perfect organization, so there'll always be things to improve,” he noted. “I think the nine operating units are working well. I think [we’ve] done a great job in standing up platform services. We know we've got bids that we need to continue to improve, and we'll work on that in the coming months.”

Regarding the marketing effectiveness, Quincey pointed to “tremendous uptick” they’ve seen in consumer engagement with some of their newest innovations, including Coca-Coa Starlight.

“It's starting to work,” he added. “It's a huge system and a huge organization. So, it was always going to take years to see the full benefits from through, but I don't think we should consider them as benefits on top of some ongoing number. They're all about continuing to keep us at that kind of optimal level of performance.”

Simpson, who has led the platform services organization since its inception, will stay on as a senior advisor through February 2023. He got his start with the beverage brand as group CIO of Australian bottler Coca-Cola Amatil Group in 2008, and joined The Coca-Cola Company in 2016.

Tolmare joined The Coca-Cola Company as CIO and global head of digital and innovation, according to his LinkedIn profile. Prior to this, he served as VP and head of digital transformation and IT applications at Hewlett-Packard.