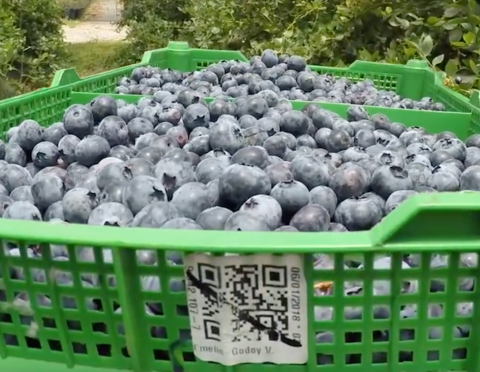 In 2017, most consumers used plastic straws without a second thought. This changed in 2018, after a marine biologist posted a video of herself removing a plastic straw painfully stuck in a sea turtle’s nose.

The video struck a chord with consumers and quickly went viral. The public response was so immediate and so strong that, within the year, major outlets such as Starbucks announced bans on plastic straws in favor of reusable metal or recyclable paper options.

This is one very recent and very powerful example that’s indicative of much larger environmental and sustainability issues facing every segment of the consumer products industry today.

For example, according to the Food and Agriculture Organization of the United Nations, roughly one third of all food produced for human consumption annually — approximately 1.3 billion tons — gets lost or wasted, equating to losses of roughly $680 billion in industrialized countries and $310 billion in developing countries. What’s more, food loss also drives waste in water consumption, soil degradation, excess energy use and carbon emissions, and lost labor and capital.

Elsewhere in 2017, when fashion retailer H&M was accused of regularly incinerating tens of millions of dollars’ worth of unsold inventory, it exposed a pervasive practice in Fast Fashion: destroying excess inventory to maintain brand exclusivity rather than donating or liquidating at discount prices. Public outcry led 94 major fashion brands to sign the 2020 Circular Fashion System Commitmentat the Copenhagen Fashion Summit in May 2017, and more have joined since.

Examples like these demonstrate how rapidly evolving consumer awareness of environmental and sustainability issues are leading an increasing number of consumer product companies to break from the current “take-make-waste” model of industrial production and focus instead on three core objectives of the Circular Economy: designing out waste and pollution, keeping products and materials in use, and regenerating natural systems.

While this may sound daunting, there’s significant evidence to suggest these principles are good for business. To borrow a phrase from the results of a recent Nielsen survey on sustainability trends, consumers increasingly are buying the change they wish to see in the world.

According to the survey, 81% of global respondents felt strongly that companies should help to improve the environment and 73% of consumers say they would change their consumption habits to reduce their environmental impact. At the same time, 49% of consumers said they’d pay a premium for products they associate with strong sustainability. And, 46% would be willing to buy new environmentally friendly products over a known brand name.

Companies are benefiting from these trends, first by improving existing business. For example, Unilever, one of the early and most prominent proponents of putting sustainability at the core of corporate strategy, in late 2018 announced its fourth consecutive year of growth for “sustainable living” brands — 26 participating brands that are growing 46% faster than the rest of its businesses and driving 70% of all revenue growth.

Sustainability initiatives are also helping to improve consumer trust. SAP is working with the produce company Naturipe to help enable farm-to-fork traceability with blockchain technology. This enables the company to provide consumers with an immutable record of provenance for every piece of produce, all the way back to the plant from which it was picked.

That dramatically improves consumer visibility and trust. What’s more, it helps eliminate delays associated with customs inspections at international boundaries, speeds product to the shelf, helps ensure freshness and minimizes the risk of waste from spoilage.

In addition, increasing social and environmental awareness is driving investments in innovations to help increase consumer confidence. For example, SAP is working with startup Clothparency, which helps consumers get information about the impact on people and the environment of clothing they like and the overall level of eco-responsibility of those brands.

Finally, Circular Economy initiatives are enabling new business models. For example, Coca-Cola’s World Without Waste initiative has led the company to “innovate beyond the bottle” by patenting a formula for packaging made from materials that are more than 30% plant-based; the ultimate goal is 100% plant-based packaging.

This initiative has already saved the company the equivalent of 700,000 barrels of oil and reduced its carbon emissions by 315,000 metric tons. What’s more, it’s become a new revenue source. Now, through a consortium formed with Kraft Heinz, Procter & Gamble, Nike and others, Coca-Cola is licensing the technology to other companies in consumer products, automotive, entertainment and elsewhere.

The bottom line? The Circular Economy will be the new driver of the bottom line. Initiatives like these are not about avoiding negative consumer perception or punitive regulation. They are about identifying new opportunities and organizing to accelerate growth, build consumer trust, increase consumer confidence and drive new opportunities for a sustainable, and profitable, future.