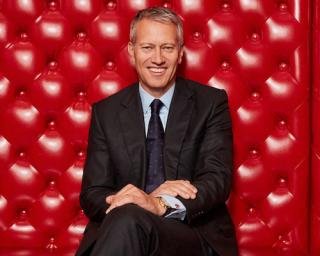 James Quincey, chairman and CEO of The Coca-Cola Company, provided more insight into the company’s recent restructuring efforts, as well as its marketing strategies moving through the pandemic.

Like many consumer goods companies, Coca-Cola is practicing SKU rationalization during the COVID-19 health crisis, and in plotting its go-forward strategy with a streamlined portfolio and a new global organization network, it leaned on learnings from the many economic challenges navigated over its 130-year history.

But beyond realizing cost savings from the restructuring, Coca-Cola is determined to emerge from the pandemic with more customers and a more engaged organization, Quincey said at the Barclays Global Consumer Staples Conference earlier this month.

It’s a priority they’ve set as their North Star. In addition to easing its customer supply chain through reduced SKU management, the changes represent a “golden opportunity” for the No. 13 consumer goods company to curate its portfolio, something that had been an ongoing need.

“We were getting good at entering and experimenting and innovating, and it was driving growth. But we just not have been disciplined enough in converging on a few winning answers in the categories,” Quincey said. “And so we are going to accelerate that work.”

As part of this, the company is also evolving its marketing strategy to a more modern, shared approach, supported by its new Platform Services organization, believing it will place the momentum behind Coca-Cola’s stronger brands when the health crisis ends.

“We have had number of tests over the years to do shared services, and the team has made it across the final bridge in getting to be really affected now and as the world digitizes,” he said. “Whereas in the past, you could do things different ways in different countries and be affected. Now you need more than ever to have a common backbone. And we see an opportunity to work with our bottling partners to really create a couple of strong backbones that work for the whole system that are very highly digital.”

Quincey also shared further insight on the company’s current innovation process, which he said has been sharpened over the last three years.

In balancing agility and discipline within innovation, he compared the company’s strategy to a democracy, noting that the two can work together in driving a learning cycle. He cited Coke Energy as an example in which the company is using innovation with an existing trademark to try to make it more appealing to more Coke brand consumers.

“It's a bit like an extremist, the kind of political philosophy — no one wants too much complete decentralization, a.k.a. anarchy, and you can't have complete centralization, a.k.a. dictatorship, because you can't know everything from the center,” said Quincey. “The bit in the middle is democracy, and that is messy and [requires] constantly coming back and refining the processes to strike that balance between the agility to diverge and find and experiment, and yet the discipline to converge around the answers that they are going to generate scale, market share, and therefore the economics and the margin that will drive the scale. And you can see that in the ways that we have done things recently, leveraging a trademark to expand the category.”

He noted that being a big company has its benefits — namely, having the resources to do things.

“But this is not just ‘You need to do something big to make a difference.’ We really do need to converge on these disruptive innovations that are actually going to move the needle — not just in the marketplace, but in the marketplace out of scale just relevant to the Coca-Cola Company,” he said. “And bringing that together is really important.”