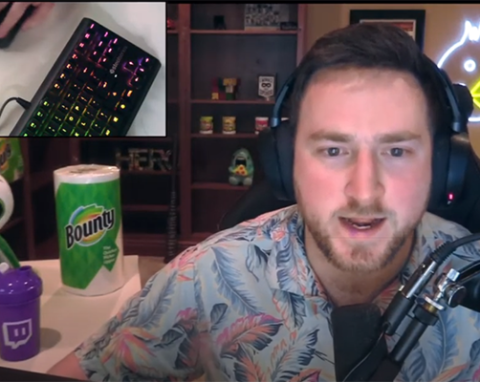 Procter & Gamble is teaming with Twitch for the first time as part of a marketing campaign for Bounty paper towels.

The company said they partnered with the video game streaming service because of the need for quick clean-ups during important gaming sessions.

Promotions will be amplified exclusively on Twitch (though it has released a YouTube video announcing the partnership).

Twitch claims 17.5 million average daily visitors on its website, though it’s unclear if this accounts for the surge of gaming that’s occurred thanks to widespread stay-at-home orders during the COVID-19 health crisis. The NPD Group reports that total industry U.S. consumer spending on video gaming rose 9% in the first quarter of the year vs. the prior year period, reaching a record $10.86 billion.

Spending on video game content, meanwhile, rose 11%, with growth seen in console and PC content, mobile and subscription spending, and hardware and accessories (though NPD doesn’t include paper towels in that category).