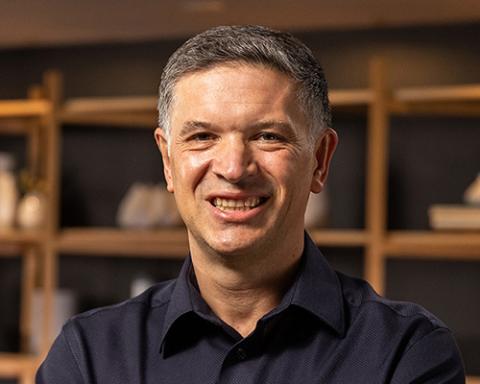 Doukeris, currently president of AB InBev’s North America division, has been with the No. 7 consumer goods company since 1996. He’s held key leadership roles in Brazil, China and the United States — three of the company’s largest markets — including serving as its global chief sales officer

As president of the Asia Pacific division, Doukeris implemented the “High End” division in China, a route-to-market initiative focused on building premium brands that proved to be transformational for the company. It was extended to 22 countries and accelerated top-line growth of premium brands to more than 25%.

Martin Barrington, chairman of the AB InBev board of directors, cited Doukeris' track record in innovation, multi-category brand building in beer and adjacencies, consumer insight, and expanding premium brands in both emerging and developed markets as reasons why he was chosen to move the company into its phase of growth.

Brito, who is stepping down after 15 years as CEO and 32 years with the company, was thanked by Barrington for his leadership and called a role model for AB InBev’s ownership culture.

“Among his many accomplishments, Brito was the architect who led and built AB InBev into the world’s leading beer company and a leading global consumer packaged goods company by masterfully integrating the many businesses that comprise AB InBev today,” he added.

“Throughout my career at AB InBev I have had the privilege to lead our business in different regions of the world and to work alongside the industry’s most talented and passionate colleagues every step of the way,” said Doukeris. “I look forward to bringing a fresh perspective that builds on our consumer-first mindset and drives innovation and transformation in this next exciting stage.”

The company intends to announce a new leader for the North America division by July 1.

Retailers and brands understand the need for a seamless consumer experience, and now it's essential for the retail industry to think about the holiday season from a online-first mindset.

Retail Leader Pro talks to UpWest Chief Comfort Officer Jamie Schisler about how the purpose-driven DTC brand shifted its strategy and is growing its community through brick-and-mortar stores.