The company received an unexpected surprise when the consumer reaction to its limited-edition Old bay hot sauce was so strong that its website crashed. 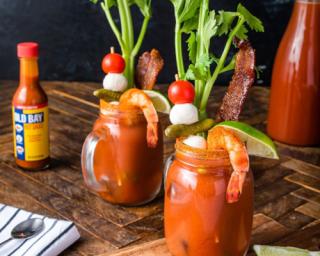 McCormick’s new flavor was even too hot for Twitter.

The company received an unexpected surprise when the consumer reaction to its limited-edition Old Bay hot sauce was so strong that its website crashed.

The hot sauce sold out in about 30 minutes, a McCormick spokeswoman told CGT, receiving such a warm welcome that the Old Bay brand's Twitter account tweeted in jest that it may have broken the Internet.

Your ❤️ for all things OLD BAY may have broken the Internet. 🔥 Thanks for always being ready to try something new. SOLD OUT, but RESTOCKING. Please stay tuned!

Old Bay fans are heavily engaged on social media, she said, and are fond of sharing photos of everything from their Old Bay-themed weddings to their Old Bay tattoos. “We were sure that an announcement on social for this unique new hot sauce would be well received,” she said, “however, we were not expecting this big of a response from all over the United States.”

The resulting crash also as a surprise to the company, she admitted, noting, “We will do our best to not have this happen again.”

The overwhelming response came on the heels of McCormick’s positive fourth quarter, with growth in its U.S. branded consumer sales and double-digit global e-commerce growth for the full year.

Such infrastructure investments include the company’s decision to replace its separate ERP systems with the single-system SAP HANA, a decision spurred by the McCormick’s growth and SAP’s plan to discontinue support of the current platform.

“Our last ERP implementation was in the early 2000s, and since then, we have more than doubled in size,” noted Kurzius.