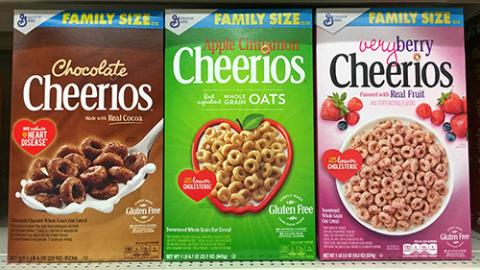 General Mills is using predictive analytics in its innovation process at a greater rate.

General Mills continues to reshape its organizational structure and invest in its data capabilities to expand in the North American market, including forming a new team to bridge the gap between core innovation and acquisitions

“The pandemic has reinforced our belief that our scale in food can create distinct competitive advantages for General Mills,” said Dana McNabb, chief strategy and growth officer, at the Consumer Analyst Group of New York (CAGNY) conference. “We think going big in digital and technology … will create value by unlocking insights, growth, and efficiency across every aspect of our business.”

Its Accelerate strategy, first introduced last year, focuses the No. 33 publicly owned consumers goods company’s investments in eight markets. Accelerate prioritizes North America — a region representing almost 85% of its fiscal 2021 net sales — and has prompted a streamlined operating structure, which the company touted as having benefitting agility and decision-making speed.

Eleven percent of General Mills’ net sales are sold online, up from 4% in fiscal 2019, and it’s investing in proprietary data technology and analytics capabilities in order to improve content, reach, engagement, and retention. Among its first-party data initiatives:

The Buddies by Blue Buffalo mobile app platform enables the company to create personalized consumer connections through rewards and content across both digital and physical retail.

The Haagen-Dazs mobile app in China integrates with its physical retail stores.

And these adjustments persist: In addition to recently realigning the U.S. convenience store business into its North America retail segment to more effectively leverage its scale, the Minneapolis-headquartered company is consolidating its Asia, Latin America, Europe, and Australia segments into a single reporting unit, a change that will be reflected in its next fiscal quarter. Its structure is now comprised of four segments: North American retail, North American foodservice, international, and pet.

General Mills is increasingly using predictive analytics in its innovation process, as well as rapid in-market experimentation to test, learn, and develop products across CPG categories.

Her group has also formed a new team to focus on bridging the gap between core innovation and the company’s acquisitions, composed of General Mills’ internal venture studio (G Works) and its external venture capital arm (301Inc).

As part of this, G Works launched Bold Cultr, a cheese alternative line made with proteins created through precision fermentation. 301Inc, meanwhile, identified Black Americans as the largest and fastest-growing vegan demographic in the country, at nearly 8%, and has invested in plant-based meat company known as Everything Legendary that targets the Black community.

Both of these decisions build off the three opportunities General Mills has identified for future growth: climate change’s impact on food, increasing consumer personalization, and technology-enabled convenience.

“Even as many of our competitors pulled back on their new product plans, we continued to innovate,” noted McNabb. “In fact, in the U.S. in fiscal ’22, our sales from innovation continue to outpace our categories by almost a point. This success has been driven in part by changes we made to our innovation process.” 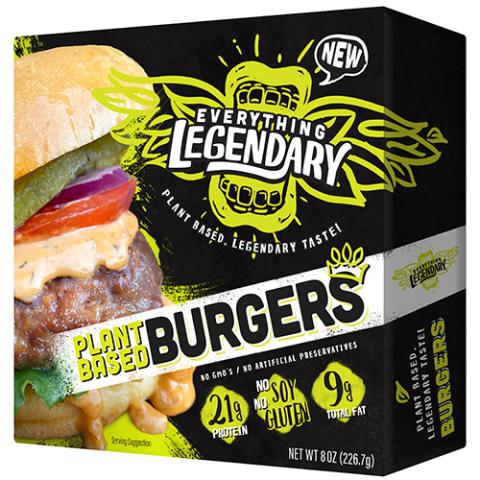 Among General Mills growth strategies include investing in plant-based food company Everything Legendary.

General Mills has increased its digital and tech investments for the third consecutive year to improve its sales and marketing efforts, as well as enhance its retail relationships and improve supply and demand predictions. It uses data specifically to rank for product, packaging, brand affinity, omnichannel availability, and consumer and retailer value.

McNabb, who joined the company in 2015 and moved into the lead strategy role last summer, cited the Totino’s brand as one example of progress: Though the line measured well in product communications and value proposition, it lagged in physical and digital shelves.

The company collaborated with retailers to test new packaging and optimize its digital shelf and search content to boost both physical and digital shelf performance, quickly driving retail sales up high single digits for those products in the first month.

General Mills’ Pillsbury refrigerated dough business leads the company’s brands in its data-driven capabilities, according to McNabb. Thanks to the consumer insights generated from Pillsbury’s website and social media platforms, the company identified meal prep fatigue as a primary consumer pain point and is using this info to select the right products to feature in its omnichannel marketing campaign.

As part of this, it’s also dynamically optimizing creative content in real time for more accurate consumer and message targeting, as well as developing shoppable media to link Pillsbury recipe data with retailers’ e-commerce platforms so consumers can purchase all recipe ingredients with a single click from the digital basket.

As a result, retail sales for Pillsbury refrigerated dough increased more than 25% since the pandemic’s onset, with household penetration up nearly 5 points, and buy rate up 13%. The brand has also gained share for more than three years in a row, McNabb said.