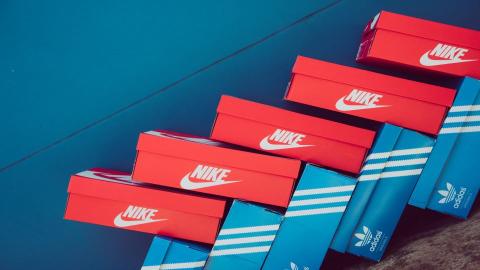 Nike may be scaling back its relationship with Foot Locker, but Adidas is filling the gap. The two companies announced an “enhanced” partnership focused on product innovation, elevated experiences, and deeper consumer connectivity.

A little background: Nike stated in its latest earnings call that the company would be shifting focus, putting a larger emphasis on NIKE direct, the brand’s direct-to-consumer efforts, and making changes to its existing portfolio of wholesale partners.

“I just want to really reinforce, because I think there was some confusion on this, that's around Foot Locker,” said Nike president and CEO John Donahoe during the company’s latest earnings call.

“They'll have a very distinct role in our marketplace strategy as a wholesaler, with a particular focus on the culture of basketball, on the sneaker culture and on kids, which is a really big and important opportunity for us,” he added.

During an earnings call in February, Foot Locker CEO Richard Johnson said he learned of Nike's pullback at the start of the year. Nike’s concentration of products will decline “meaningfully” in Q4 of 2022 to 55%, continuing into 2023. In Q4 2021, Nike accounted for 65% of the product mix at Foot Locker.

While Nike emphasized that Foot Locker will continue to be a “large and important partner,” the retailer took a hit earlier this year from Nike’s pullback news. As a result, Foot Locker shares plunged 30% in New York in February, the biggest one-day decline dating back to 1980.

In response, according to Bloomberg, Foot Locker is trying to diversify its merchandise and sign new partnerships. Enter Adidas. 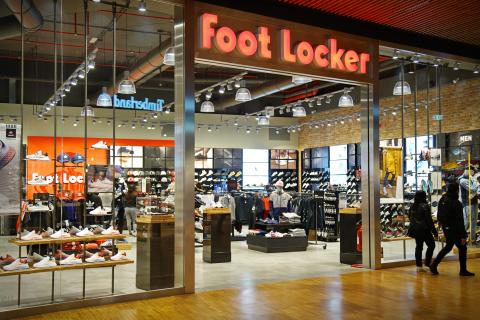 Adidas has tapped Foot Locker for an expanded relationship, naming the retailer a “lead partner” in an initiative that will focus on the basketball category and will include the development and expansion of key franchises across the women’s, kids, and apparel segments.

According to Foot Locker, the new collaboration will target over $2 billion in retail sales by 2025, looking to triple levels from 2021 and predicting incremental revenues of up to $105 million dollars. The partnership will span Foot Locker banners in North America, EMEA, and Asia-Pacific.

Foot Locker will lead Adidas' basketball offering alongside Fear of God founder and designer Jerry Lorenzo. The two companies will work across the lifestyle and performance categories and will focus on key Originals franchises including NMD, Superstar, and Stan Smith, as well as Adidas’ influencer partnership portfolio.

Foot Locker will also play a key role when Adidas launches its new sportswear product, which targets the lifestyle consumer.

Adidas is providing a dedicated team that will focus on delivering an elevated in-store and online consumer experience, leaning on Foot Locker for positioning, increased product allocations, shared marketing spend, and a premium presence across its portfolio of banners. Adidas also plans to double down on its digital strategy to accelerate the rollout of its partner program at Foot Locker.

Adidas CEO Kasper Rorsted stated the company is looking forward to deepening its relationship with Foot Locker as it executes its “Own the Game” strategy.

Richard A. Johnson, chairman and CEO of Foot Locker, Inc., said the company continues to broaden its selection of footwear and apparel for the sport and sneaker communities, and is looking at this partnership to bring consumers more unique, pinnacle products and accelerate its push into apparel, "adding new dimension to our assortment and bringing more customers into our ecosystem."