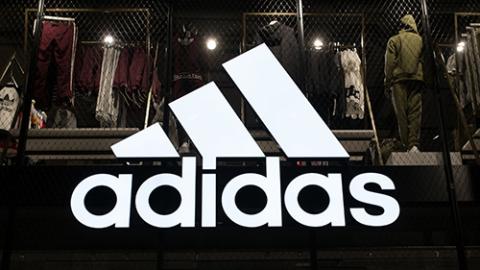 Adidas added 75 million new members to its digital ecosystem in 2021.

Adidas is doubling down on DTC as it rebrands its membership program to capture and convert its most profitable consumers.

The footwear and apparel brand and retailer is in the midst of a four-year transformation strategy, known as Own the Game, that’s founded upon five consumer trends: leisure, betterment, digital, sustainability, and premiumization. It expects the majority of net sales to stem from products created and sold digitally by 2025, and company leaders said during an investors’ call last week that it’s progressing upon the digitization of its core processes to improve manufacturing, personalized consumer engagement, and ability to react to consumer trends.

The No. 24 consumer goods companyhired an additional 2,000 “digital experts” last year, said Kasper Rorsted, Adidas CEO, to bolster its digital, tech and data analytics capabilities, and leveraging the consumer data culled through DTC selling has enabled Adidas to drive an increase in full price share for DTC launches for up to 70%.

[See where Adidas sits on the Most Sustainable Corporations List]

The digital progress has also cut production to a few weeks for some new concepts, down from six months, which are expected to have a meaningful impact on net sales this year, Rorsted said, noting: “Overall, digital is becoming a core competency and an internal value driver for Adidas as we're able to meet consumer needs even faster and more effectively.”

Adidas, which has completed its divestiture of Reebok, added 75 million new members to its digital ecosystem in 2021, for a total of 240 million. These members are the company’s most profitable consumers, buying over 50% more often and having a lifetime value that’s more than twice as high.

The further this, Adidas has rebranded its membership program to AdiClub. Under the program, consumers can not only receive free shipping, free personalization, and access to members-only products, but also redeem points for exclusive items and special events, including meet-and-greets with Adidas athletes.

“Consumers prefer to shop with their favorite brands directly, hence the mono-brand part of the market is expected to grow twice as fast as the multi-brand,” said Rorsted. “As consumers shop more and more online, online channels will be growing three times faster than offline channels and represent more than 40% of the industry by 2025. So we're doubling down on the biggest opportunities in an already extremely attractive industry.”

In North America e-commerce, Adidas will lean into personalization and memberships, while retail stores will receive investments to upgrade the consumer experience. The company added an additional 61,000 square meters net selling space throughout 2021, and it plans to open more than 20 of its immersive Halo concept stores around the world, including in New York and Los Angeles.

As with most consumer goods companies, Adidas raising prices to combat rising input and supply chain costs, increases that CFO Harm Ohlmeyer described as “significant.” Increases will be more limited to DTC-exclusive products for the first half of the year, while a broader increase of mid- to -high-single digits will take effect in the second half of 2022.

Consumers are ready for price increases, said Ohlmeyer, as inflation is expected to here longer than anticipated.

In addition to all offices and stores being closed in the Ukraine as a result of the Russian invasion, the company has suspended its owned retail and e-commerce operations and ceased shipping goods to Russia. Adidas, which operates 500 owned stores in the region, also suspended its relationship with the Russian Football Federation.

The entire market represented around 2% of Adidas’ total revenues in 2021.