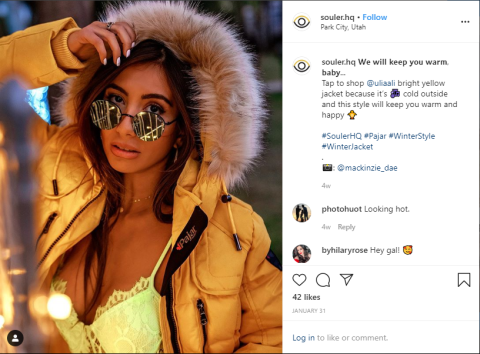 It’s hard to believe at times, but there are consumers out there who’d prefer to buy things you can’t get on Amazon.

Souler, an e-commerce start-up that partners with social media influencers, is carving out a space devoted to attracting that type of consumer. Catering to the premium-to-luxury space, its marketplace hosts both consumer brands and influencers in the health and beauty, fashion and home categories who are concerned about brand dilution.

The company was co-founded by Josh Wexler and George Manley and got its start as a spin-off platform for dropship provider RevCascade. After launching a beta version in 2018, Souler went live with the full site in September 2019.

Influencers set up their own curated merchant pages where their followers can buy things directly, and Souler then collects a percentage of each sale. (Manley, Souler CEO, declined to specify the figure, though the site breaks down a few options.)

The company, which counts such influencers as Real Housewives’ Kelly Bensimon among its ranks, also works with consumer goods brands, including Versace, Zac Posen, Sam Edelman and Celine Dion Handbags.

While Souler doesn’t prohibit Amazon-sold SKUs, it does strongly discourage the practice. The company works with sellers to understand they’re unlikely to see success if products they promote are also found on Amazon, Manley says. Instead, the company wants to train consumers that there’s a reason to return to Souler.

(Amazon, of course, has its own influencer strategy, having launched The Drop initiative last year. The site partners with influencers for limited-edition collections that are only available for 30 hours.)

Rather than act as a simple e-commerce site, Souler supports influencers with amenities like photographer discounts for content creation, and it holds events connecting influencers and brands. The company also has plans to develop a loyalty program for participants, Manley said.

We spoke with Manley about Souler, how it works with influencers, and what we can expect to see in the direct-to-consumer disruption. What follows is an edited version of the conversation.

Tell us about Souler’s targeted audience.

Manley: It’s primarily a consumer who is really not a commodity shopper. Someone who goes to Amazon knows exactly what they want. They're coming to Souler to learn about new brands, to browse brands and products maybe they haven't seen before. And they're being driven there by an influencer they trust and follow. 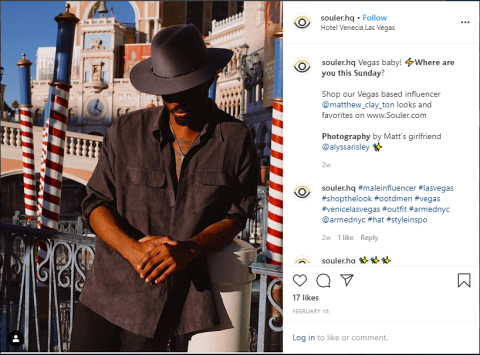 Our core customer is really men and women between the ages of 25-55. For gender, it’s about 50-50 at the moment in terms of the eyeballs that hit our site. It’s pretty diversified for [race, sexual orientation and gender identity] because our product offering is pretty eclectic across the three product categories.

Our consumer base is constantly changing based on the follower base of our influencers that are live on Souler. We don't give a dollar to Instagram, Facebook, Google and the like. We do all of our promotion through our influencers. So their followers really are the only ones learning about Souler on a regular basis.

Do your influencers work exclusively with you or do they also sell on other platforms?

Manley: Most of them sell on many other platforms. We are not a replacement for any of their existing income. We are just another stream of income that ideally they can grow over time and hopefully will continue to offer up a product assortment that they're not selling on the other platforms.

How do you qualify who can sell on Souler?

Manley: They have to have 25,000 followers or more. We look at all their channels. If they're a Facebook influencer or a YouTube influencer, that's where we go first. We have some people who are Twitter-focused. And then we have even a smaller group who are LinkedIn content creators, but it's primarily Instagram where we look first, and we use those numbers to determine their overall [value].

You can take an average product and tell a really great story with it, and have amazing content online and sell quite a bit of it. And that's what a lot of these DTC brands are doing.
George Manley , Souler

In terms of the follower count, we use free tools like IG Audit to determine how many real followers they have. And then we're very subjective from there. We look at whether they've had paid brand campaigns before in the premium-to-luxury space, whether they focus on the product categories we're in.

We make sure things like they're not overly sexually explicit, no hate messaging, no discrimination, etc. We’ve had roughly 4,000 influencers apply, and we've accepted 103 to date.

How do you recruit them? Or do they solicit you?

Manley:It’s a mixture of both. We see them a lot in the field when we’re working with brands. We go to all the big cultural events — Coachella, SXSW, Essence Fest, Art Basel. But we also have them come to us and apply online on a regular basis.

What market need are you fulfilling right now that that's not currently being filled?

Manley:There's nobody else, certainly in the U.S., that is allowing influencers to have their own curated merchant pages that they promote to their followers directly. Further, there's nobody that's doing that exclusively for the premium-to-luxury space, and then even further within home, health and beauty and fashion.

DTCs are disrupting all aspects of retail. What can legacy brands learn about adapting to these new trends?

Manley:It used to be that product is king. People would respond to the best-made product within their budget, and that's what they purchased. And now content is king. You can take an average product and tell a really great story with it, and have amazing content online and sell quite a bit of it. And that's what a lot of these DTC brands are doing.

I think the DTC movement is not here to stay. I do think there will be more and more offerings online as consumers’ dollars tend to move from their favorite brick and mortar store, which may be closing, to online purchasing on their favorite platform. 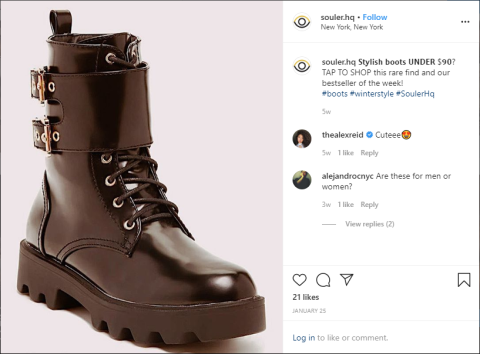 And so that vicious cycle, in my opinion, is what has undone a lot of the brick and mortar scene — which will never go away, but I think that brick and mortar is going to continue to evolve. Nordstrom is doing a good example of this [with] a much smaller store footprint.

Is there a specific category where the influencer model will continue to drive disruption?

Manley: I think we're going to see influencer ambassadors, brand ambassadors across every product category: cars, cannabis, real estate, every single product category. Influencing isn’t going anywhere; it's only going to continue to grow. It'll certainly evolve and pivot, and there will be more curation and more standardization within it.

TechCrunch wrote a really good article and they essentially talked about the three stages of influencer marketing. The first stage was the platforms getting set up, and the influencers building their audience. The next stage was brands looking at those influencers and saying, “Wow, these guys have a lot of followers. We should be using them as another marketing vehicle, and paying them to promote our products.”

And now we're entering the third phase where platforms like us are beginning to get attention from the investment world because we're bringing many of those influencers under one roof and aggregating them, and then standardizing the ROI so that it's not the Wild Wild West [or] one-off relationships that may result in nothing, which is the complaint a lot of brands have about their influencer marketing — they don't know exactly what they got from your spin. We are one solution to that.

This story was originally published on RIS.