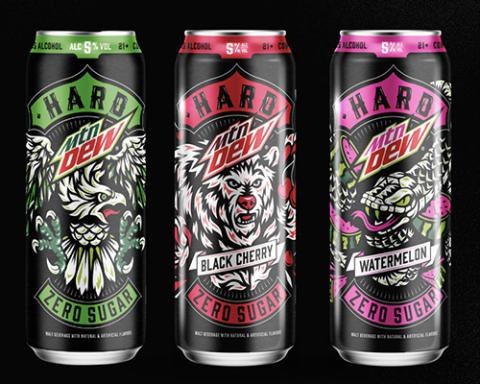 The PepsiCo/Boston Beer collaboration was first announced this summer.

PepsiCo shared insight into the company’s recent partnership with The Boston Beer Company, including the potential route-to-market opportunities.

Under the collaboration, first announced in August, Boston Beer will develop and produce the Hard Mtn Dew line, with PepsiCo establishing a new entity to sell, deliver and merchandise the product in the United States.

Ramon Laguarta, PepsiCo chairman and CEO, said the No. 3 publicly owned consumer goods company has an opportunity to create a unique distribution system in the U.S., with an integrated system that can make coordinated decisions across multiple states from one decision point.

It will begin distribution in several states in which it’s licensed to operate and intends to grow from there.

“We feel optimistic,” he said during an investors call on Tuesday. “We think it will be very incremental. It would help us with the drop size. It will help us with the economics of their routes eventually. And we think the same as we're doing with the chilled distribution system that goes very popular and is unique, and it covers the whole country.”

“We think we could eventually vision a distribution system that can be quite popular and quite integrated on the low-alcohol part of our portfolio as well,” Laguarta added.

Though crowded, PepsiCo views the canned cocktail category as a sizeable space it should be playing in, with an ability to carve out its own space.

“We see consumer trends that favor that this category will continue to grow in its current form or with new innovation,” noted Laguarta. “That's why we decided to participate our first entries with Mtn Dew, and Mtn Dew is going to be a flavor malt beverage, not a hard seltzer.”