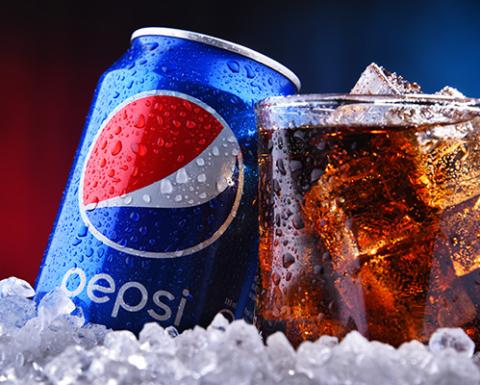 Much has been written about the extreme shifts in consumer behavior patterns, and PepsiCo is putting its money on a few select changes as the ones with some staying power.

The No. 3 consumer goods company reported 12.8% organic revenue growth in the second quarter, strongly beating investor forecasts. It will extend its 2019 Productivity Plan restructuring initiative through the end of 2026, and as part of this will more heavily leverage technology to streamline and automate processes, as well as re-engineer its go-to-market and information systems through automation.

The extension is also intended to simplify PepsiCo while optimizing its manufacturing and supply chain footprint — all combining to deliver an expected $1 billion in annual productivity savings through 2026.

In order to mitigate the impact of higher input, freight and supply chain costs, as well as increased marketing and advertising spend — PepsiCo increased A&M spend by 30% in Q2 — the company expects to raise pricing after Labor Day while also increasing productivity. The move aligns it with such other CG giants as Procter & Gamble, General Mills and Coca-Cola in doing so.

And, like most other large consumer goods companies, PepsiCo is realigning its investments and operations in order to navigate the changing consumer behavior patterns. In an investors call, Ramon Laguarta, PepsiCo chairman and CEO, broke down a few of these changes he expects to stick around.

Perhaps unsurprisingly, e-commerce as a preferred way of shopping topped the list of pandemic-prompted changes that the exec expects as a permanent trend. As a result, it’s something the company has aligned its investment priorities — including e-commerce capabilities, supply chain and advertising models — to support.

The home as a hub is another prevalent trend Laguarta reports as a growing trend. While consumers are venturing out, they’re still doing a lot of their activities at home, and a return to the office isn’t in the cards for everyone.

“We foresee a flexible working model where consumers are going to spend more time at home and they're not going to go back to the office kind of every day of the week — obviously certain type of people, not everybody,” he said.

Indeed, PepsiCo released its own flexible work model last month, one that does not have a default day-to-day workplace. The company also views this trend as presenting opportunities for its food business, especially snacks and breakfast, as well as its beverage business.

“We're seeing [portion control] as a strategy consumers are following, and that's giving us a huge growth in our variety packs and multi-packs,” he noted, “and that as a trend that we're capturing I think will continue.”

As consumers move into healthier spaces, PepsiCo is well positioned from the R&D and innovation for non-sugar, which he cited as growing quickly. When it comes to “more permissible snacks,” PepsiCo expects to leverage its M&A-bolstered portfolio that’s helping it gain share.

“Obviously, consumers will continue to evolve, but obviously we're following very close what's happening across different parts of the world and adapting very fast our brands and our innovation [and] our channel resources to those new trends,” Laguarta said.