The AR experience can be unlocked through point-of-sale materials as well as targeted ads to specific audiences as they enter various geo-fences, a Jagermeister spokesperson told the Path to Purchase Institute. Depending on their whereabouts, consumers are served an ad that either communicates:

Once at a participating location, users are instructed to aim their smartphone camera in an open area to reveal a "Darke Spirit" via AR. "They will be able to engage with it, move it around the screen, even explore it (seeing it from the sides and back)," the spokesperson said. (See video below.)

Users are also encouraged to capture a photo and share it with their friends via social media using hashtag #DarkeSpirit to enter to win one of 16 Halloween party packs, comprising a Jagermeister Shotmeister, four t-shirts and hats and six shot glasses. The sweepstakes runs Sept. 1 through Nov. 1. 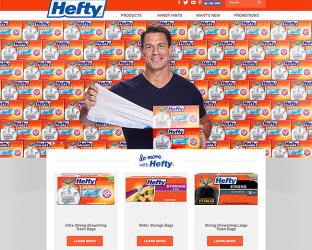 Hefty Heads Back into the Ring for New Campaign

Self-Care Takes Over at CVS