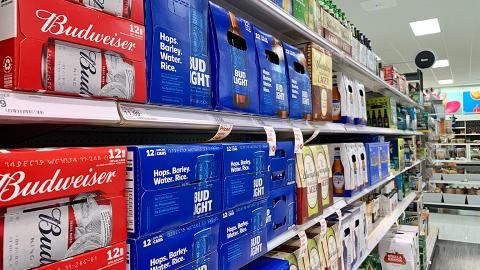 In today’s volatile CPG environment, is there anything more important for consumer goods companies than getting pricing right? Not likely.

When Anheuser-Busch InBev wanted to better understand the impact of its price elasticity decisions — and do so quickly — it faced a daunting task. For one thing, the massive global company operates in more than 50 countries, each with varying levels of digital maturity. For another, government regulations surrounding the alcohol beverage market turn pricing into a comparatively complicated affair on a good day.

Nonetheless, the beer company has sought to accelerate its pricing capabilities at both the strategic level — by country and brand — and at a more granular SKU level. It wanted the ability to define an ideal price for a SKU that could then be rolled back to the brand, as well as ultimately build a framework for making pricing decisions that could be integrated across all levels of product, as well as across different regions and within a country.

“There needed to be a connection between the whole piece,” Sajith Kurup, AB InBev global director, commercial analytics, tells CGT. “That was very, very important for us — and it also had to be tied with the outcomes.”

AB InBev has doubled down over the last few years on using data analytics and technology to drive its business, and analytics form a very critical part of its pricing. The current focus of Kurup's team is delivering the right kind of assortment to a proof of concept and the right pricing; from a marketing standpoint, it’s all about aligning products, platforms, and consumers.

The company did have some existing pricing capabilities prior to its recent investment, including those it had developed internally and in partnership, but processes were unstructured and fluctuated by market. They not only used inefficient and basic techniques, but they lacked granularity, with elasticity aggregated at the product segment level.

The time had come to dramatically scale things up, and in choosing a partner, Kurup’s team sought one with CPG pricing expertise that not only had the right tech prowess, but also the ability to help AB InBev scale and navigate the inevitable accompanied challenges.

Business partnerships in CPG are always important, but they’re particularly crucial in analytics, notes Kurup. “We are always reliant on partners to come with a specific skill set, as well as the broad experience of working with different CPGs.”

They settled on Tredence, a provider of artificial intelligence and data science solutions, and executed a 10-week project across the United States, Canada, Brazil, South Korea, Argentina, South Africa, and Paraguay.

A range of internal and external data sources were used to develop the automated models to compute price elasticity, including AB InBev’s revenue, volume, and sell-in price. It also used such sources as market research data and information from Euromonitor, income data from World Bank, COVID info from the University of Oxford Government Response Tracker, and even sports-related data from national sports websites.

The tool and visualizations are designed to be easy to use, digest, and shared with teams, and about 140 models were used in the seven markets, increasing accuracy of around 80-90%, according to Tredence.

Kurup says the biggest benefit thus far has been for AB InBev’s revenue growth management team, which is part of its commercial team. But in a switch from previous initiatives, the company integrated many other teams, including its supply chain and trade teams, and, as a result, the benefits are extending beyond this core RGM team.

This scaling was key to the integration. “The idea was not that the analytics team will do anything, and then just give a number out to the business team,” he says, noting that the risk of adoption challenges. “The idea was that you build something which you can give to the business, and they can play around with it. They can input their own business understanding. They can play with scenarios, etc., and then take the [pricing] decision in all the right confidence while we enable all of it.”

It’s not only been successful on that front, but AB InBev now has a framework that’s more scientific and data-driven, growing the confidence of their pricing decisions, he says.  Looking ahead, the company has developed a strong foundation to scale up to different countries, brands, and setups. “The fundamentals are pretty solid.” 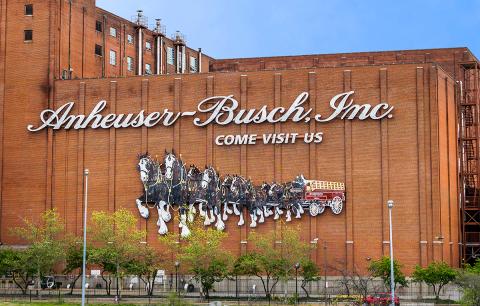 AB InBev operates in more than 50 countries around the globe.

As a result, the project tallied another win in pushing forward the company’s mission of integrating data and analytics throughout the business — not just at the beginning or the end of an initiative. And while some of the more tangible benefits are still TBD until the end of the year,  the company is executing nearly all of the recommendations in the market.

“We are executing at almost 100%, so you can consider that as a big win for analytics,” says Kurup.

Some common challenges have cropped up along the way, including gathering data together and getting Tredence acclimated to AB InBev’s tech stack and systems. Timing has also posed an issue as government regulations often constrain when and how often AB InBev can take price increases.

But all of these efforts are ultimately geared towards driving more volume, and given today’s inflationary environment, particularly with the commodities headwinds AB InBev is facing, the investment has come at an especially valuable time given how important — and challenging — pricing decisions have become.

“Consumers are also super price sensitive now,” he notes. “We operate across the spectrum, so we have premium products, our core value products, affordable products — we have all of them. It's very important for us to price all our products correctly, and also to make sure that we don't get into different segments, and we don't price a premium product so low that it becomes like a core product. All of that becomes very important for us, and this does help with that.”

As AB InBev’s initial goal was focused on internal pricing, the solution is not fully integrated into its supply chain, but even the partial integration has served as a benefit.

“You can do the pricing right … but if the product is not on the shelf, it's all quite meaningless."