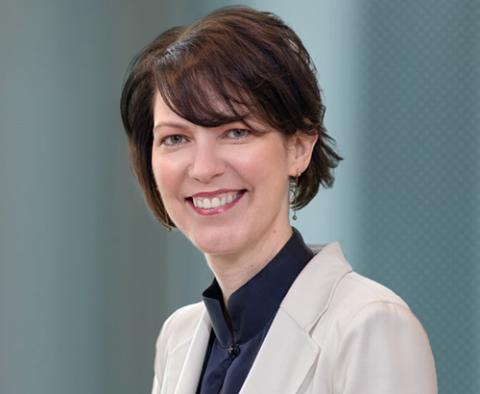 Diageo has a new operations chief.

Previously the president and CEO of Reynolds American, where she spent more than three years, Crew also held the COO and chief commercial officer roles at the tobacco company. Her CPG background includes tenures at PepsiCo, where she served as president of North America nutrition, president of PepsiCo Americas beverages, and president of the Western Europe region, as well as positions with Kraft Foods, Nestlé S.A., and Mars, Inc.

She currently serves on the board of Stanley Black & Decker, and she initially joined the Diageo plc Board as a non-executive director in  2019, before stepping down in 2020 when taking the North American president role.

Claudia Schubert was also named president of North America. Schubert, who has been with the company for more than two decades and will now report to Crew, has reshaped Diageo’s market strategy, strengthened its route to market, and developed trusted distributor partnerships, the company said in a statement. Her role takes effect Oct 1.

Menezes noted that the appointments will ensure the No. 39 publicly owned consumer goods company continues to adapt to today’s changing environment.

Diageo’s current strategy includes acquiring high-growth brands in fast-growing categories, as well as investing in the burgeoning premiumization trend. As part of this, the company recently acquired flavored tequila company 21Seeds and sold off its Windsor whisky business.

During the announcement of that deal, Crew described 21Seeds as one fastest-growing flavored tequila brands, and said that the female-founded start-up aligned with Diageo’s commitment to champion inclusion and diversity.