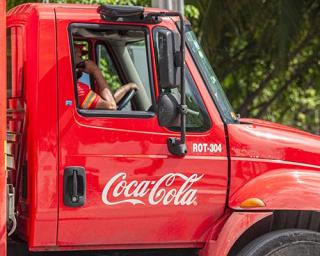 As part of its restructuring to its newly created Platform Services organization, The Coca-Cola Company has named Priya Raman as chief data officer, a new role for the company.

Barry Simpson, senior VP and chief information and integrated services officer, said the company’s new leadership teams “are helping us continue our focus on developing an organizational structure that supports our growth aspirations,” according to an internal memo Coca-Cola shared with CGT.

“As previously shared, Platform Services has been created to work in service of operating units, categories and functions to create efficiencies and deliver capabilities at scale across the globe,” wrote Simpson. “This will include data management, consumer analytics, digital commerce and social/digital hubs.”

Most recently chief data and intelligence officer at Microsoft, Raman worked at Coca-Cola from 2006 to 2008 as general manager of strategy.

At Microsoft, she led the end-to-end data intelligence strategy to create value with data at an enterprise level, said Simpson, who cited her extensive background in data foundations, market research, analytics and decision sciences.

Her appointment completes Coca-Cola’s Platform Services leadership team. Based in the United States, she will be responsible for the company's Data Services hub and will report to Simpson.

Under the reorg, Coca-Cola is moving from 17 business units to nine operating units, along with global ventures and bottling investments.

John Murphy, Coca-Cola chief financial officer, said at the Morgan Stanley Global Consumer and Retail Conference this week the new role will be a catalyst in enabling the No. 13 consumer goods company to become a much more data-driven enterprise and change the way it leverages data, considered key components of the new model.

“The new chief data officer will have a key role to play and in bringing that to life,” he noted. “We have had initial and primary focus on our own company, but we also see opportunities to underline on having a system-wide approach to this area, working with our bottlers.”