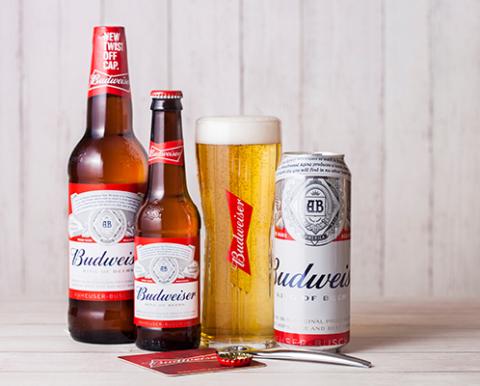 The announcements follow the recent appointment of Brendan Whitworth as CEO and president of Anheuser-Busch. Editorial credit: DenisMArt / Shutterstock.com

The announcements follow the recent appointment of Brendan Whitworth as CEO and president of Anheuser-Busch; Whitworth succeeded Michael Doukeris, who in turn stepped up to global CEO of AB InBev.

The company announced the following changes:

Kyle Norrington, currently president of Labatt in Canada, will assume a new role as U.S. chief commercial officer, overseeing sales and marketing in the U.S. Prior to leading Labatt, Norrington oversaw global brands at AB InBev, including Budweiser, Stella Artois and Corona. He’s been with the company for more than two decades.

"I'm truly honored to lead this new commercial structure and a team that is recognized as one of the best in the business," said Norrington in a statement. "I'm also excited to bring our amazing portfolio to consumers and accelerate the growth momentum we have created in the U.S."

Benoit Garbe, currently U.S. chief strategy officer, has been named U.S. chief marketing officer, succeeding Marcel Marcondes. Though he joined the company less than a year ago, he has more than 20 years of marketing, strategic brand and portfolio experience with such companies as Diageo, Nike and LVMH.

Prior to joining the company, he was a senior partner at Prophet Consulting, and he spent a decade at Kantar Consulting.

In the statement announcing the changes, the company pointed to Garbe’s data and insights experience, which they said has refreshed its approach to key regions and demographics resulting in consumer-centric growth.

“I am thrilled to lead the marketing organization as we continue to accelerate our growth by creating more relevant innovations and more purposeful, human-centric brands,” Garbe said.

Marcondes is transitioning to a new AB InBev role that will be announced at a later date. AB InBev is the No. 7 consumer goods company.

Simon Wuestenberg, currently president of Anheuser-Busch's wholly owned distributor business unit AB One, will become U.S. chief sales officer. Wuestenberg joined the U.S. business five years ago and has served in several leadership positions in addition to his current role. Under his leadership, market share rose for three straight years following eight years of decline, the company said, while 90% of its wholesaler partners grew topline, according to the company.

Anheuser-Busch, which owns and operate more than 120 facilities, includes such brands as Budweiser, Bud Light, Michelob Ultra and Stella Artois in its portfolio.