Every year, Apparel examines the profit margin of the industry's top manufacturers and retailers and ranks them in its Apparel 50 report.

The report notes some interesting trends — the most apparent being the decline of foot traffic in stores, which is likely keeping retail executives up at night. On the other hand, the swiftly changing retail world has opened up countless opportunities for the omnichannel consumer.

In fact, a recent Harvard Business Review study of 46,000 shoppers finds that omnichannel consumers are more valuable than single-channel consumers, spending an average of 4% more on every shopping occasion in store and 10% more online.

So what are apparel companies doing about it? “They are bringing digital in-store, via signage, via mobile POS, and via the consumers’ own smartphones, offering apps that do everything from helping to locate product in store to offering relevant, personalized coupons, and much, much more,” according to the Apparel 50 report.

In reviewing the list, it is worth noting a few trends that contributed to the success of some of these brands, including a focus on international growth, social media marketing, digital, e-commerce and direct to consumer initiatives. All of these efforts are guided by the need to create an unforgettable consumer experience — through the use of technology.

“Creating the seamless experience the consumer now expects involved a lot of work on the back end, and the Top 50 are involved in no shortage of technology implementations, ranging from PLM to CRM to POS to ERP to SCM to RFID to WMS. In short, the whole alphabet is involved in moving toward a transparent supply chain with one view of inventory,” notes the report.

Without further ado, CGT highlights the top 10 apparel manufacturers to make the 2017 list (including only manufacturers that sell their products through other retailers, in addition to their standalone retail stores):

Globally, digital flagships (including one launched in China last October) have been exceeding expectations, while comp sales at its own physical retail locations are down in various regions because of declining store traffic, weak tourism and weak consumer confidence ― as well as a shift to shopping online. To reverse this trend, MK is introducing new design elements in handbags; expanding its Jet Set Signature accessories in stores; adding footwear in its largest-volume doors; focusing on its fast-growing dress category, highlighted by a new online dress shop; and increasing spending on digital marketing. (MK also ranks No. 1 on the full list.)

Gildan recently completed acquisitions of printwear company Alstyle and women’s sock and legwear brand Peds. As a vertically integrated business with ownership of its production, Gildan is positioned well to control many costs as well as much of the impact it has on the environment. That’s a win-win-win for itself, for its customers and for the planet, and the company was included in the Dow Jones Sustainability World Index (the benchmark for global leaders in economic, environmental and social responsibility) for the fourth consecutive year. Its branded apparel business continues to gain placement and share at mass retailers. To wit: Gildan brand socks hit a 22% U.S. market share, making it the No. 1 brand in unit share in U.S. men’s socks, while Gildan branded underwear holds the No. 3 position in men’s underwear with more than a 10% market share. (Gildan ranks No. 3 on the full list.)

With China’s activewear market valued at $28 billion and growing, and the nation offering both the world’s largest middle class and more than 450 million millennials living increasingly active lifestyles, it makes sense that lululemon has its sights on the country. It opened its first three stores last year to strong performance, and will continue with a market densification strategy centered in Tier 1 cities including Shanghai, Beijing, Guangzhou and Chengdu. It is reaching further into the country via digital, for which it is building a team in Shanghai to improve the engagement and reach of its localized platform. (lululemon ranks No. 4 on the full list.)

Currently, 75% of Nike’s styles generate 99% of its sales. By editing out 25% and increasing the productivity of new innovations as well as the products consumers already love, Nike will drive more growth and choice from fewer styles. That’s a smart strategy, all part of its “triple double” plan to double down on innovation, speed and direct connection to the consumer. This year, we can expect a product creation cycle cut by half and aided by the company's “express lane,” where global product teams make real-time adjustments to DTC and wholesale product lines with local teams in North America, Western Europe and China. (Nike ranks No. 5 on the full list.)

Kate Spade will take a bow in the Top 50 this year, having been acquired by Coach in May for $2.4 billion. Coach pulls a former rival into the fold, gaining entry to Kate Spade’s strong millennial following, as well as a growing lifestyle portfolio that includes products such as bedding and kitchen accessories. Coach sees a lot of untapped global potential for the acquisition, which has remained focused on building a differentiated business model through its lifestyle brands, a partnered approach to expansion, a channel-agnostic sales strategy, controlled points of distribution, a focus on DTC sales and protection of its quality of sale. (Kate Spade ranks No. 6 on the full list.)

With the recent purchase of Kate Spade, the company has moved into acquisition mode and is shopping for other high-end brands (reportedly including Jimmy Choo and Burberry) after a successful transformation plan over the past three years that focused on product, stores and marketing. Selena Gomez is the new face of Coach (her first two social media posts for the brand pulled nearly 5 million and 6 million likes, respectively, on Instagram). Two new management positions ― brand president and CEO, and president of global business development and strategic alliances — will support its efforts to raise global brand awareness and expand into new categories. (Coach ranks No. 7 on the full list.)

Hanesbrands’ diversified business model should help it navigate ongoing channel disruption: International is growing and expected to be 30% of revenue this year, while online is growing across all channels (revenue from one online pure-play customer grew at a double-digit rate last year, making it Hanesbrands’ fifth largest customer). To keep pace with online growth, the company intends to broaden its online assortments and is also shifting its media budget, with digital expected to represent more than half of total spending in 2017. In-store, the company will be more targeted with promotions and is planning for tighter inventory management at retail. (Hanesbrands ranks No. 10 on the full list.)

Skaters rule, as Van’s edged out The North Face to become VF’s largest brand in 2016 (also Van’s 50th anniversary), with revenue rising 7%. It was a good year for the branded lifestyle apparel, footwear and accessories behemoth, with revenue up 1% to $12 billion; international sales up 6% to 38% of business, including double-digit growth in the non-U.S. Americas and China; and DTC up 9% — including more than 20% in e-commerce. The global company thinks local when it comes to product: In 2016, the Lee brand in Asia launched a 360-degree approach to body enhancement called BODY OPTIX denim, designing jeans that flatter and enhance the body based on the regional preferences, beliefs and desires of consumers in that part of the globe. (VF Corp. ranks No. 11 on the full list.)

If you’re wondering how far Columbia Sportswear gear can take you, its “Directors of Toughness” duo (driving nearly 1 billion annual media impressions) may give you some insight. The campaign follows two adventurers (selected from among 6,000 applicants) testing gear in “the most extreme conditions on earth,” including El Cruce: a 3-day, 100-kilometer race across the steep, loose-rock Andes mountain range from Chile to Argentina. Columbia also partnered with hip-hop artist Macklemore on a marketing launch that drove more than 40 million media impressions ― all of these efforts driving a 2% increase in sales for the brand, to $1.9 billion. (Columbia Sportswear ranks No. 15 on the full list.)

The children’s wear giant is undertaking several strategic initiatives to capitalize on its great financial performance in 2016, raking in nearly $3.2 billion in sales with a profit margin of 8.1%. It recently launched the Simple Joys brand exclusively for Amazon — bringing the total number of Carter brands on that e-commerce platform to four — following the same format for exclusive brand partnerships established years ago with Target and Walmart. Carter’s other new brand, Skip Hop — acquired earlier in 2017 for $140 million — is expected to bring in $90 million in sales this year, a number that the company aims to double by 2021. (Carter's ranks No. 16 on the full list.) 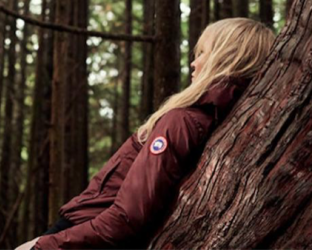