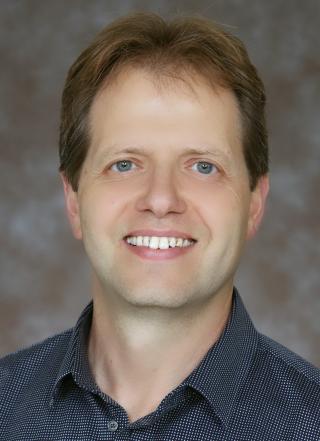 Guy Yehiav is general manager of Zebra Prescriptive Analytics at Zebra Technologies and a member of the CGT/RIS Executive Council.

In the world of CPG and retail, building end-to-end supply chain efficiency from manufacturing to consumption stages is already one of the most important precursors to future growth and sustained success for both the brand and the retailer. As the COVID-19 pandemic continues to evolve CPG and retail operating structures, linear supply chains are increasingly becoming a way of the past in favor of proactive, digitized models that benefit the entire value chain.

The CPG companies and retailers that broaden their scope of collaboration through increased transparency will position themselves to reap the rewards of:

Now more than ever, it’s essential for CPG and retail to learn from the past, optimize the present and align with the future through unified partnerships.

A 20-Year History: What Worked and What Didn’t

In the early 2000s, CPG companies and retailers began exploring the idea of leveraging advanced technology and data analytics for cross-organizational collaboration, but there was a lot more friction than collaboration at the business level. The manufacturers were earning high profits for trade promotion management, while retailers were being paid to promote specific brands.

However, there were slotting fees associated with those promotional placements in catalogs and planograms, and furthermore, products needed to be itemized by height and weight for self-checkout purposes. The question of which side would be responsible for covering those costs sparked tension.

When promotions or coupons included temporary price reductions, the costs were split. For instance, CPG companies and retailers would each pay 50 cents for every 65-cent reduction, and in return, the former received the preferred placement. For scan-based training, any product that was scanned at the point of sale over a predefined period of time (two weeks, for example) would earn the manufacturer 50 cents off the placement fees, which could then be used for future promotions.

For obvious reasons, retailers opposed that idea — giving CPG companies scan-based records at the point of sale meant they were sharing competitor data, which risked damaging their relationships with other manufacturers. When they refused to share that data, the resulting additional friction restricted the CPG/retail collaborative approach.

There were additional factors that prevented the full collaboration as well. As more third-party sales-tracking companies like IRI and AC Nelson made efforts to access middle-man purchasing data between CPG and retail, it caused a split in the industry. CPG companies and retailers that worked with IRI could do limited if any business with organizations that worked with any of IRI’s industry competitors. Eventually, over the years and recently, IRI acquired a majority of the other third-party companies and dominated the market.

Alongside CPG, retail and third-party sales/price tracking, brokerage companies represented the fourth pillar of collaboration. They were responsible for monitoring shelf-alignments, price and planograms on behalf of the CPG companies, to ensure retailers were managing their inventory correctly.

For example, if brands paid a retailer for their products to be placed in areas with high customer eye-level visibility, their brokerage partner would visit the store to confirm the retailer was holding up their end of the deal, even take a picture. A lot of these companies improved their go-to-market over the last 20 years, leveraging mobile device software that enabled their employees to take pictures of out-of-stock aisles and report back to the manufacturers in real-time. In turn, the manufacturer would guide the retailers or even refuse to pay the retailer for shelf placements that weren’t executed as part of the trade management agreements — creating additional tension between both sides.

The tension also had a silver lining, though. It ushered in more offers and services, and new, innovative data-sharing technologies like advanced analytics solutions that leverage artificial intelligence for advanced forecasting and inventory optimization. A new era of digital innovation helped improve CPG-retail relationships, fostering consistent communication and collaboration. Over the years we have seen the CPFR processes, defined in the late 90s and redefined in the early 2000s, implemented around specific large account teams to streamline collaboration around specific issues.

How it Evolved: What’s Being Done Now and What the Future Holds

Before the COVID-19 pandemic, CPG companies optimized their supply chains for short-term delivery planning, resulting in retailers could keep inventory levels as low as possible and still fulfill demand with large margins. It minimized the risk of lost profits from excess or depleted inventory — thus maximizing their returns.

But when an unprecedented global pandemic caused a pendulum swing on consumer demand, CPG and retail supply chains lacked the resilience to manage volatility, especially without real-time measuring, because everything had been optimized for minimum inventory planning and maximum inventory turns. By the time CPG companies received point-of-sale transaction data from the previous two weeks, demand was already shifting again, and they couldn’t manufacture and move inventory fast enough to fulfill the pipeline.

In other words, the pandemic revealed that the benefits of extensive CPG and retail collaboration via advanced technology are too vital to pass up. The digital transformation of supply chain partnerships is mutually beneficial for both sides. Digitizing the supply chain enables retailers to identify hidden supply chain risks and prevent disruptions, and enables manufacturers to forecast and analyze consumer purchasing trends for improved flexibility.

The real-time visibility from demand sensing and specific actions generated by prescriptive analytics, artificial intelligence and machine learning are primary components of a resilient supply chain. End-to-end supply chain resiliency can’t be built by going in blind, or relying on numbers only — organizations need an agile operating model. Relying on people interpreting numbers on a report brings friction and wrongdoing, as people tend to rely on their personal biases to make decisions. I believe the right way to collaborate is through plain text language of prescription action to create a frictionless end-to-end supply chain with built-in resiliency.

It’s safe to say that CPG companies and retailers have realized collaboration and supply chain synergy are essential for the future. More collaboration, communication, unified KPIs and in-store/e-commerce platform data sharing represents a golden opportunity to maximize on-shelf availability and minimize out-of-stocks. It may have taken a devastating pandemic to get the point across, but even learning the hard way will foster growth and sustained success.

Guy Yehiav is general manager of Zebra Prescriptive Analytics at Zebra Technologies and a member of the CGT/RIS Executive Council.

This is also published on RIS News.

More from the Executive Council