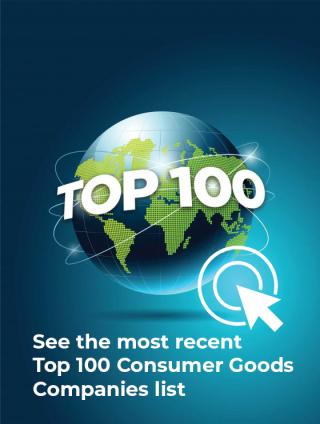 How tough is the consumer goods market these days? Almost one-third of the world’s largest public consumer goods companies experienced sales declines in 2016. Another 25 leading companies posted growth of 2.0% or less.

That means the annual letter to shareholders didn’t deliver much in the way of good financial news at more than half of the companies listed in CGT’s "Top 100 Consumer Goods Companies" for 2017.

These decidedly disappointing results confirm the research at IDC Manufacturing Insights, which finds that only 3.0% of the $35 billion in net growth in the consumer goods industry over the last three years has come from traditional, large enterprise players.

Much of the rest is coming, of course, from what IDC calls “lateral” companies: the independents, upstarts, “ankle biters” or whatever else you’d like to call them who’ve taken full advantage of an increasingly digital economy to win substantial amounts of market share from traditional players; Procter & Gamble, Newell Brands and Bic Corp., meet Dollar Shave Club, Harry’s Inc. and Walker & Co.

But there is some good news in the fact that — at least so far — these large, traditional players aren’t quite going out of business. In fact, only two of the companies from our 2016 Top 100 have dropped from the list: Keurig Green Mountain became a private enterprise after its 2015 acquisition by JAB Holding, and Tsingtao Brewery Co. simply slipped a little behind new No. 100 Thai Beverage revenue-wise.

And the more optimistic news is that this year’s results actually represent an improvement from 2016, when practically two-thirds of the companies (58 to be exact) on the Top 100 list posted negative growth.

That might be a very positive sign that traditional companies are adapting to the many changes in consumer demand and behavior that have taken place in recent years, and are finding ways — new products, sales channels and distribution strategies, and maybe a strategic acquisition or two — to remain relevant despite the rising competitive tide.

And if they haven’t done that quite yet, there’s always next year.

Rank
Because fiscal 2017 has yet to close for many companies, CGT used fiscal 2016 revenue totals to determine each company’s placement on the Top 100 list. All financial information was sourced from Hoover’s Inc. or, in some cases, the company’s most recent annual report.

Revenue for each company is reported in millions of U.S. dollars. If a company’s revenue is reported in a different currency, and Hoover’s did not provide the U.S. dollar equivalent in its report, then the figure was subject to a predetermined neutral exchange rate (Dec. 31, 2016). Year-over-year gains are reported based on information from one of the aforementioned sources.

Inclusion
Since the annual revenue of most privately held companies is not available, our Top 100 list only includes publicly traded companies. Therefore, large, well-known consumer goods manufacturers such as Mars Inc., Perdue Farms and Dole Food Co. are absent from the ranking. (Mars, for instance, would be a top 15 company with its roughly $35 billion in annual sales.) It should also be noted that only sales from consumer divisions are considered when ranking companies that also have extensive business-to-business operations.

M&A
In some cases, mergers, acquisitions or spin-offs that took place in the latter half of 2016 and 2017 (such as Henkel’s purchase of Sun Products in 2016 or LVMH’s full acquisition of Christian Dior in early 2017) are not reflected in these sales totals. Deals that occurred in early 2016 or earlier (Newell Brands acquisition of Jarden Corp.) are reflected here.