A look at the CBA's new priorities as it prepares to move forward through the health crisis. 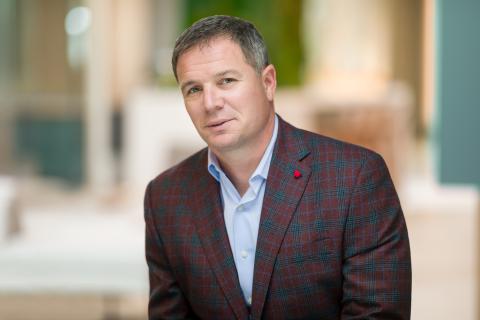 The role of federal manufacturing regulations for consumer goods companies received a fresh look this spring when multiple meat processing plants were forced to shut down because of the spread of COVID-19.

In a call with CGT, Consumer Brands Association (CBA) president and CEO Geoff Freeman shared insight into the work the CBA is undertaking to implement such uniform standards, and previewed a set of new priorities the association is preparing to move forward through the health crisis.

An association founded upon a principle of driving uniform standards, the CBA has been working with a broad coalition of consumer goods stakeholders during the pandemic, as well as frequently engaging with the White House Coronavirus Task Force, the Centers for Disease Control and Prevention (CDC), the Occupational Safety and Health Administration (OSHA) and the Food and Drug Administration.

“I'm pleased to say that in recent discussions there has been more and more acknowledgment from government leaders on the value of clear and specific guidance,” Freeman said. “I think at the outset of this — and let’s face it, this was a new challenge for just about everybody — there was a fear that if we give clear and specific guidance, we're somehow violating states’ rights, and states’ rights is an obvious principle that our country was founded upon.”

The CBA, along with the American Bakers Association, American Beverage Association and American Frozen Food Institute, among others, has called for federal guidance to serve as a playbook for companies to improve the chances of consistent implementation across the country. And while some policymakers have expressed surprise by this request, today’s environment requires specific guidance from the federal government — even if it’s imperfect — Freeman said, pointing to last month’s plant shutdowns as clear examples. Rather than shutting down based on guidance from public health experts, companies were closing plants based on concerns of receiving criticism in the media.

CBA’s efforts on this front are bearing fruit: Last week, the CDC and OSHA released interim COVID-19 guidance for manufacturing workers and employers, which the CBA called a “good step in the right direction.”

As the CBA looks ahead to the next 60 to 90 days, it’s developed a series of objectives that include continuing to make the case and drive the need for federal clarity and federal specificity.

It also seeks to capitalize on what Freeman described as a unique opportunity that has presented itself. “Throughout this crisis, the consumer packaged goods industry has earned greater trust with the American consumer. Forty percent of American consumers say today that they have more trust and confidence in the system than they did prior to the COVID challenge,” he said.

Understanding how the industry can maintain that trust and use it as a chance to have consumers better understand their brands is an opportunity for the industry, and as such will become a key priority for the CBA.

40% of American consumers say today that they have more trust and confidence in the system than they did prior to the COVID challenge.
Geoff Freeman , CBA president and CEO

The group will also seek to bring fundamental changes to the supply chain and other aspects of operations by making permanent some of the recent changes implemented by the government, such as the changes to the Hours of Service rules for truck drivers, and the amount of weight trucks are permitted to carry.

The health crisis has exposed a lack of understanding and awareness of the sophistication of the supply chain, Freeman said, chiefly because there hasn’t been a compelling reason to talk about it when it was working.

“I think it's incumbent on us as an industry to effectively explain the complexities of the supply chain, to explain what happens — and use very, very specific examples — when we have a policy in one locality that's vastly different than a policy in another locality,” he said. Consumer goods companies need to both expose the problems, as well as highlight what uniform standards can mean for costs and consumer access to products.

“We have to be perhaps better storytellers, as an industry, than we've been trained to be,” Freeman said. “In the past the system has worked. Now we have an obligation to expose where the weaknesses are emerging.”

As the industry moves forward, Freeman said it will be important to see if the hiccups that were confronted can be learned from and not repeated in the face of what’s anticipated to be a second wave of the virus.

We can also expect to see massive technological changes within operations and supply chain management, such as increased use of heat sensors, Bluetooth technology for contact tracing, artificial intelligence and automation. In-person inspections, meanwhile, may be conducted using Google Glass-style glasses, with regulators viewing facilities remotely from their agencies, Freeman said.

Throughout the process, Freeman has been heartened by the willingness for industry collaboration. And while much work remains, this degree of partnership — as well as the industry’s ability to deliver in crisis times without panic — has been encouraging.

“While there has been certainly hiccups in the supply chain, and there have been things that we've all seen lacking on store shelves, all things considered, considering the magnitude of this situation, the supply chain is held up remarkably well,” he noted.