Since its launch in March 2013, Harry's, Inc. has been viewed as a prime example of the digitally driven disruption taking place throughout the consumer goods industry, a fearless startup (not to mention upstart) that has gained market share by being more nimble and forward-thinking than the established brands it took on.

That view is accurate, of course. But on closer inspection, it might be better to view Harry's less as a pure new-age "disruptor" and more as a best-in-class example of a contemporary consumer goods manufacturer, a company whose success thus far — five million razor handles sold and an estimated $200 million in total 2016 sales — has been driven by mixing sound industry practices with its more attention-getting disruptive actions. For a startup, Harry's acts very mature.

There's no doubt that Harry's is a product of the digital age. Co-founders Jeff Raider and Andy Katz-Mayfield readily admit that the company would never have gotten off the ground if digital communication and e-commerce hadn't become so pervasive.  Harry's' success is driven largely by "the power of the relationship, getting feedback and data from consumers so we can constantly improve. That generates loyalty and advocacy that didn't exist 10 years ago," explains Raider.

But Harry's didn't exactly begin life as a garage-based operation, as the stereotypical disruptor script requires. Yes, the original business idea resulted from "personal experience and frustration with what was out there," explains Katz-Mayfield. "There was a lack of choice in the razor industry. We wanted to build a better experience for ourselves at a value that was manageable."

And Katz-Mayfield and Raider had already earned some disruptor credentials before joining forces to launch Harry's (they'd met years earlier as college interns): Raider as co-founder of eyewear game-changer Warby Parker, Katz-Mayfield as a biz-dev strategist for online dental health exchange Brighter.com. But they also both have classic business pedigrees: Katz-Mayfield's MBA came from Stanford, Raider's from Wharton.

So, it's only logical that these two didn't operate a seat-of-the-pants supply chain for very long.  Eight months after launching Harry's, they secured $100 million in funding to buy the German factory that was making its product. The objective was to gain greater control of the production process, as well as to improve margins. 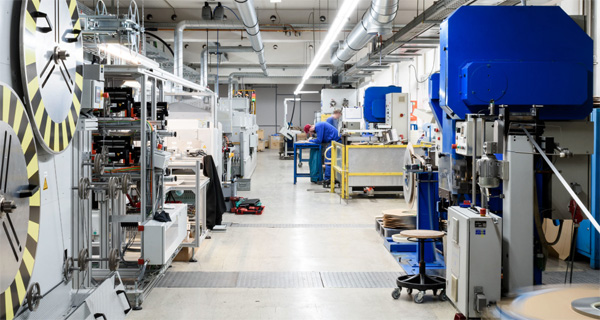 The marketing plan, too, has been a mix of old and new strategies. While digital marketing and social media were the primary drivers early on (along with direct PR that sent free samples to consumer magazine editors and other potential influencers), the company has been running mass media advertising since fall 2015.  It has stepped up the TV buy significantly in 2017. 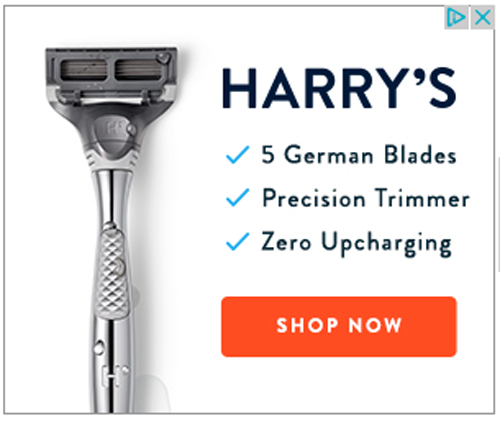 Another tried-and-true promotional tactic has paid off in spades recently. A "free trial" program that kicked off in May 2016 has brought almost 500,000 more consumers into the fold — at a repeat-purchase rate of 80%, according to Raider. "When people find out about us, they tend to want to try us," he says.

Disrupting the Store
The final sign that Harry's isn't your typical digital disruptor is the fact that, since August 2016, it's been selling nationally through Target.

While securing distribution through one of the nation's largest retailers is most certainly driving greater brand awareness and incremental sales (in, need it be noted, a pretty traditional way), the reason for striking the deal was much more transparent: "Seventy-five percent of our customers shop at Target, and they were telling us they wouldn't mind being able to pick up our razors while they were there," says Raider.

"We were a little uncomfortable giving up full control" by working with a retailer, Katz-Mayfield admits. "[But] we got to know the people at Target really well. They build a brand similar in fashion to us."

"Because of who Target is, there was conviction that they would work with us and bring some of our disruption … into the store," adds Raider. "Target understands that younger brands require a different set of rules. They've demonstrated a real sensibility."

On the other side of the table, "I think Target saw the power that we were building online, and believed we would be successful in their environment," Raider says. "It was time for both of us to up our games. It's been a give and take, but I think they respect our design sensibilities." 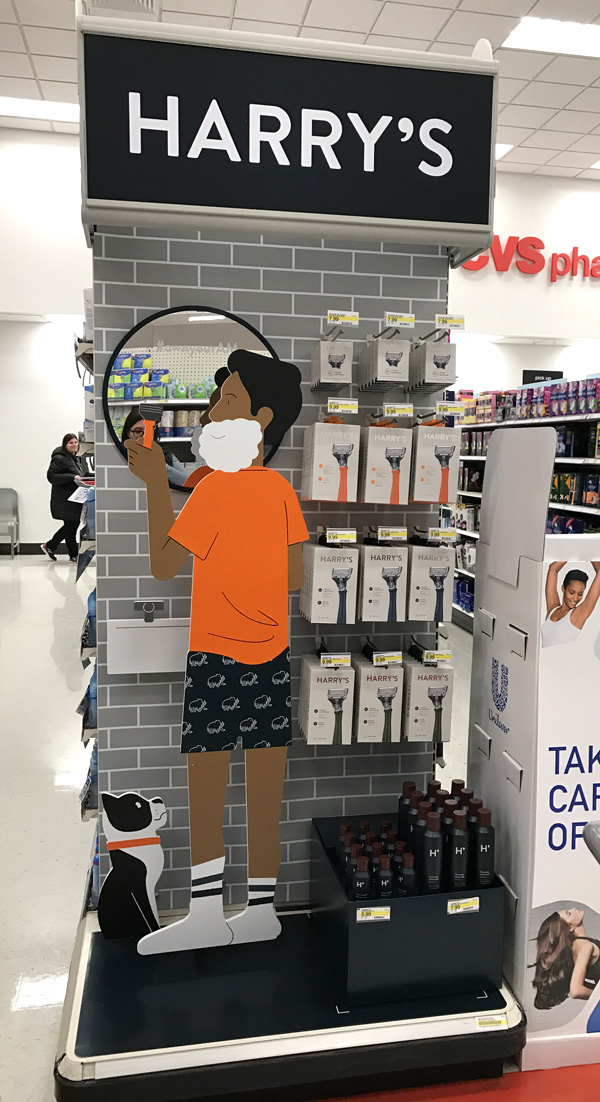 The agreement appears to have worked for both parties. Harry's grabbed a 50% share of Target's razor handle sales in the first four weeks after rollout and a 10% share of blade sales within weeks. (Those splashy dedicated endcaps probably helped.) "Target has blown away our expectations," notes Raider.

"We're still pretty early in our journey. And we want to create a great experience with Target," says Raider, when asked if Harry's might consider other retail partners. "It would come down to the same assessment: Do our customers want it, and can we create a great brand environment there? For now, Target is a great partner and we are happy there."

Disruption in the Data
The common denominator for all the business strategies that Harry's has adopted is, quite simply, a relentless focus on consumers — which, to the founders, isn't a radical concept. While most traditional consumer goods companies have been striving to reposition their operations as consumer-centric in recent years, Harry's was born that way.

Although a big part of the business model involved offering significantly lower prices than the shaving category had been offering, "We're not just a price point. We're treating consumers fairly and building trust," says Katz-Mayfield. "Value is not rational. It's not about $2 or $3 a blade. It's emotional," adds Raider.

"We started online to get to know our customers customers better, to start direct relationships. We gained a massive advantage by building those personal relationships," says Katz-Mayfield.

Those relationships have helped Harry's improve and grow the product portfolio. They influenced the move to Target ("Being DTC-only is not very consumer-centric either," notes Katz-Mayfield.) And they've even helped the company battle the competition: The founders proudly note that loyal customers rallied to the brand's defense when Procter & Gamble's Gillette undertook a negative ad campaign as Harry's began to steal share. "There is an army of consumers who are behind us," says Raider.

Future Disruption
Harry's hasn't been shaking things up by itself, of course. In fact, the company's success is all the more remarkable because it isn't even the most famous disruptor in the shaving category.

The spotlight ultimately led to its acquisition by Unilever last summer for an eye-popping $1 billion. "We respect Dollar Shave Club a lot," says Katz-Mayfield, noting that the Unilever purchase validated the direct-to-consumer business model.

The obvious potential for acquisition aside, Raider and Katz-Mayfield don't quite know what the future holds for Harry's. "We've wanted to build this brand for a very long time. Our approach is to continue putting the customer first," says Raider. "If we do that, we think there will be a place for us in the industry."

"We've completely changed the way products were merchandised in the category," adds Katz-Mayfield. "We want to continue taking big risks and doing what is right for the consumer. Hopefully, we're big enough now to fail a little bit and be OK."

"We'll still be independent for sure — regardless of whether we're public, or private, or part of another company," he continues. "We just want to make the greatest impact we can."

Doing that, naturally, comes down to one thing: "Fundamentally, we've got to be where our customers want us to be," says Raider.