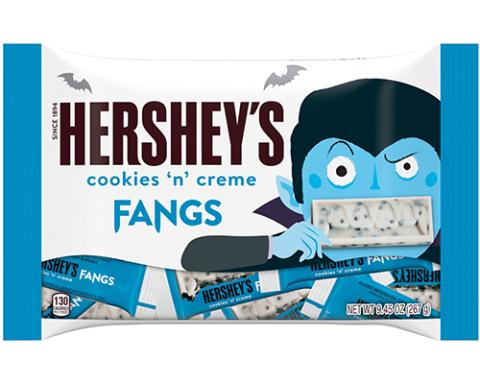 The Hershey Company views Halloween as a 10-week season.

The Home Depot drew attention this week with the news it had sold out of Halloween decorations online “almost immediately,” raising questions as to how both retailers and brands intend to navigate yet another holiday season of uncertainty.

Ted Decker, Home Depot president and COO, said during the company’s second-quarter earnings call that it would follow its normal marketing trends for the fourth-quarter holiday season, but shared that strong demand for decorations is already occurring.

“We had a sneak peek with opening up Halloween online and just sold out our sort of pre-released Halloween product almost immediately,” Decker noted. “So that's a very strong indication that people are still going to engage in decorating, and we look forward to setting our decorative holiday later in October.”

While the National Retail Federation’s (NRF) 2021 Halloween spending forecast wasn’t finalized at press time, last year U.S. consumers were expected to spend around $8.05 billion on the holiday. Beyond decorations, signs are pointing to a strong season on the candy front as well: A recent online consumer survey from the National Confectioners Association (NCA) indicates that consumer excitement for Halloween will exceed last year, Carly Schildhaus, NCA spokesperson, told CGT.

More than 80% of people plan to celebrate Halloween this year, according to the NCA, and 87% said they will purchase the same amount of or more Halloween candy this year, which is up from 80% last year. What’s more, 80% of Americans plan to trick-or-treat this year.

Sally Lyons Wyatt, executive VP and practice leader for IRI, echoed these expectations, noting that all predictions point toward a very positive Halloween season compared to last year for both in-store and online. The fact that the holiday falls on a Sunday will also help drive increased weekend sales.

“In fact, consumers and retailers would like to extend seasons,” noted Wyatt. “We got a taste of this last year with people decorating earlier and celebrating throughout the month of October for Halloween, and even beginning Christmas decorating earlier in the fall.”

As a result, retailers are once again stocking shelves with Halloween items in advance of the season. “The Halloween ‘aisle’ is one that gets consumers hunting for both traditional and innovative Halloween treats, decorations, etc., and retailers want the foot and click traffic,” said Wyatt.

While shortages may not actually be likely, consumer fears about them nonetheless may prompt some to purchase their stashes early instead of waiting until the last minute.

Brands, meanwhile, are also preparing. The Hershey Company, which views Halloween as a 10-week season, will have more retail displays this year, according to a blog post from Clark Boyer, senior brand manager, as company research indicates 54% of consumers intend to purchase more candy this year than last year. In addition to investing in more point-of-sale displays, the company is also increasing display spending by 10%.

Two-thirds of parents with a child under 18 plan to do more for Halloween this year vs. previous years, according to an Aug. 5-9 Harris Poll conducted on behalf of Hershey, as do two-thirds of consumers ages 18-34. Hershey, the No. 76 consumer goods company, recorded its largest Halloween ever last year.

As with other holidays, retailers are looking to Halloween as a trip driver and want to meet consumer demand to extend the season. “We found that with increased mobility at holidays like Easter, Memorial Day, etc., candy sales grew in both in-store and online, which was different than in 2020 when online was the largest growth driver,” Wyatt said. “Therefore, retailers are hoping for a similar outcome with Halloween and will maximize their efforts in-store with displays and online with reminders.”

Both retailers and suppliers are navigating the pandemic-prompted supply chain issues that have challenged them for the last year and half, most recently exacerbated by the Delta variant. Leah Logan, VP media products at digital commerce solution provider Inmar Intelligence, said retailers continue to experience out of stocks, with a recent survey finding that 74.7% of consumers reported still seeing shortages in stores.

For her part, Wyatt said IRI wasn’t aware of any major outages specifically across the confections or baking industry. Even with the Delta variant, consumers have become clever about adapting to new ways of celebrating, she noted, adding that while shortages may not actually be likely, consumer fears about them nonetheless may prompt some to purchase their stashes early instead of waiting until the last minute.

Such consumer behavior could indeed be more good news for both brands and retailers, as Hershey reported that early-season shoppers spend almost twice as much throughout the Halloween season on candy vs. their late-season shopping counterparts.

While Halloween shortages may not occur, the supply chain nonetheless remains stretched as a result of demand outpacing supply, Jon Gold, NRF VP of supply chain and customs policy, told CGT, stressed by manufacturing challenges, port congestion, rail backups and capacity issues. The Delta variant, meanwhile, is having an impact in Asia, with company shutdowns reverberating throughout the supply chain. 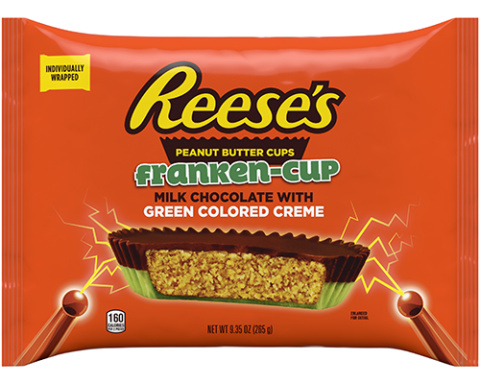 Halloween falling on a Sunday in 2021 is expected to drive sales.

“Companies certainly recognize these challenges and want to make sure they do have products for consumers. So many have looked to put into place their risk mitigation strategies, which have been running for many, many months now,” said Gold.

In order to mitigate these issues, many retailers have moved up their standard fourth-quarter timing to bring product in, pulling it forward to July through September. This is resulting in an excess of inventory and a lack of warehouse space.

In addition to further diversifying their supply chain to alleviate these challenges, retailers also trying to educate consumers on the challenges they’re facing, Gold said, as well as why they might want to consider shopping earlier this year for holiday goods.

Some brands, meanwhile, are opting for more portfolio-based promotions to ensure that consumers are aware of alternatives available if their preferred SKU is out of stock, said Inmar’s Logan. To prep for Halloween, the brands Inmar works with are requesting more campaigns powered by social commerce tools.

“We’ve also seen where more tier-two and tier-three brands have stepped up marketing and promotions during key selling windows as this is an opportunity to drive share gains,” she added. “They’re getting more creative on how they conquest by using brand and influencer content to create new usage occasions for their products to help them take advantage of key buying periods where they can flip consumers based on out of stocks.”

Gold said it’s still unclear as to whether current demand challenges are indicative of the entire Halloween season or just a temporary bump in the road.

“I think retailers understand what's in front of them and what they can do to ensure they’ve got product on shelves for the consumer. … The retailers are certainly planning and trying to make sure that their customers don't have bare shelves.”