Eight professionals were honored last week at the first "Women In Tech" awards, a program co-sponsored by Consumer Goods Technology and HCL Technologies to recognize professionals who are playing vital roles in the development and implementation of technology within the industry.

Winners of the three WIT awards presented this year were: 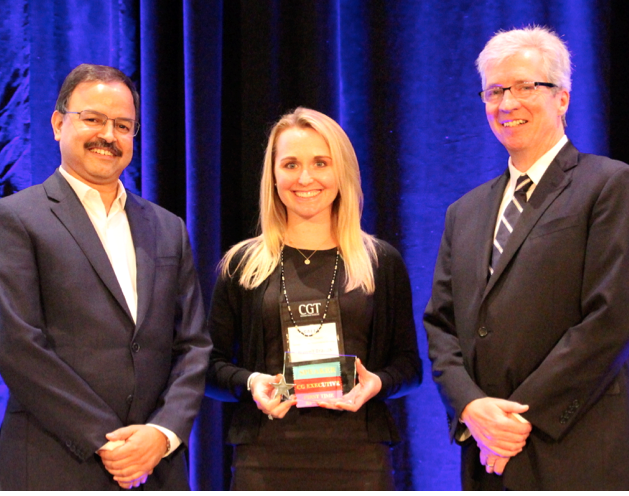 A total of eight finalists were recognized for their achievements during the ceremony, which was held on June 19 during the 2018 Consumer Goods Sales & Marketing Summit in New York. Abhay Chaturvedi, HCL's vice president of CPG for the Americas, joined CGT Editor-in-Chief Peter Breen to present the awards.

"CGT has long understood the impact that women have on our industry, and we've showcased that fact within our editorial coverage as often as possible over the years," said Breen. "But it was high time we took the next step and formally recognized this impact through an awards program, and we're grateful to HCL for partnering with us on the initiative."

"We were very delighted to join hands with CGT to honor the outstanding women who have created a mark for themselves in the field of technology. All of the finalists were well-deserving of the recognition they've received," said HCL senior vice president Vijay Verma. "HCL has been very active in spotlighting the critical role that women play in the technology industry through its own Red Ladder Initiative, which takes an ecosystem approach towards gender equality and wishes to encompass every woman leader that comes in contact with HCL, including women within the company. CGT’s Women in Technology awards have been another great way for us to extend this initiative."

More information about the awards and the outstanding women who were recognized follows below.

Industry Leadership
This award is presented to a senior-level consumer goods executive who, in addition to serving as a role model through her own career accomplishments, has worked to directly influence the advancement of other women in technology-focused areas of the industry.

In addition to serving as a mentor herself, Lisa Napolione acts as a "matchmaker" for anyone at Estée Lauder who is looking to get or give career guidance. In addition, she frequently visits college campuses to make presentations about careers in science, technology, engineering and mathematics (STEM). She and her team also support high school outreach programs. Napolione is an executive sponsor for Estée Lauder's Breast Cancer Awareness Task Force, and is involved in additional mentoring efforts as a YMCA Rising Star.

"I have worked to personally make a difference throughout my career by mentoring women — and men — in STEM to enhance diversity of thinking and backgrounds in this field," said Napolione. "I am so humbled to receive the inaugural Industry Leadership award, which demonstrates the importance of women in STEM and the continued creativity in both science and prestige beauty."

Also recognized as finalists in the Industry Leadership category were:

Rising Star
This award is given to a woman in a technology-focused role (aged 35 or younger, manager-level or higher) who has already made a significant impact on her company's success through the innovative adoption or deployment of technology.

Sally Stuart leads the e-commerce strategy team at Newell, where she's responsible for driving innovation and building the capabilities that will allow the company to achieve its global growth plans. She began her career as a management consultant at Infosys, where she was promoted twice and received the firm’s highest performance recognition. She left Infosys to pursue her MBA, and after business school joined Credit Suisse, where she led target operating model development for comprehensive capital analysis and review. Stuart joined Newell in May 2016.

"This is an honor. It's great that we're promoting and recognizing women," said Stuart while accepting the award at the CGSM conference. "It's also great that at least 50% of the room is female. I look forward to a terrific future ahead."

Also recognized as a finalist in the Rising Star category was Vinita Singh, Senior QA Manager at Ascena Retail.

Excellence in IT Transformation
This award is presented to a woman (at any level) who has successfully led the adoption of a specific new technology into her organization during the previous 18 months.

Neelu Sethi joined Reddy Ice as CIO in December 2016 to help take the entire organization to the next level. Among the many issues she immediately faced was a new ERP system that had “gone south” due to poor implementation. She solved that problem in her first four months, then spent the rest of her first year on the job transforming four major areas: IT service delivery management, data management, field mobility, and the retirement of antiquated legacy systems.

Receiving the award "celebrates all of my team's hard work, passion and sweat that drove transformation," said Sethi. "The technology industry is no longer male-dominated. Women are making the headlines on a daily basis, transforming organizations by leveraging technology."

Also recognized as a finalist in the category was Dede Gutierrez, Senior Trade Analyst at Ventura Foods.

All of the finalists will be profiled at greater length on consumergoods.com next month. For more information about the Women in Tech awards program, contact Peter Breen at [email protected]