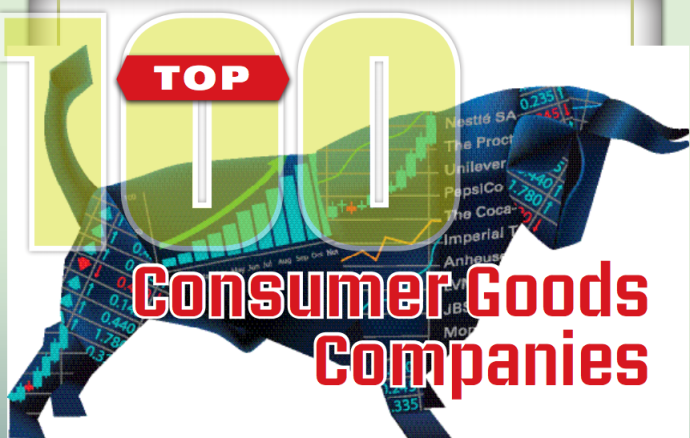 Some of the most memorable moments include H.J. Heinz’ acquisition by Berkshire Hathaway and 3G Capital; Dole’s exit from worldwide packaged foods; AB InBev’s $20 billion Grupo Modelo deal; and who can forget the Hostess Brands/Twinkies saga.

CGT’s Top 100 list of publicly traded consumer goods companies provides a snapshot of organizations that are upping their growth games in this ever-changing market, which is saturated with steep competition for consumer (and retail customer) loyalty. The good news this year is that revenue gains were up for the most part amidst persistent economic volatility. This proves that the industry is indeed moving in the right direction.

Rank: To compare apples to apples, 2013 annual revenue or the equivalent is used to determine each company’s placement on the Top 100 list. At press time, not all companies had reported 2014 annual revenue, thus using the most up-to-date figures in some cases would provide an apples to oranges comparison. All financial information was sourced from Hoover’s Inc. or annual reports in a few cases. Revenue for each company is reported in millions of U.S. dollars ($M). If a company reported revenue in a currency other than the U.S. dollar, and Hoover’s did not provide the U.S. dollar equivalent, then the figure was subject to live exchange rates at press time (November 5, 2014). Year-over-year gains and losses are reported based on information from the aforementioned sources.

Inclusion: Because revenue for most private companies is not readily available, the list only includes publicly traded companies. Thus, well-known consumer goods companies, like Mars Inc. or SC Johnson, are absent from the rankings. It is also worth noting that only sales from consumer divisions are considered when ranking Pharmaceutical companies and select Housewares/Appliances companies.

M&A: In most cases, merger, acquisition or spin-off transactions that took place in 2013 and 2014, like Tyson Foods, Inc.’s acquisition of The Hillshire Brands Company, are not reflected on the list. Deals that occurred in 2012 or earlier (for example, Kraft Foods Inc.’s widely publicized break up into Mondelez International and Kraft Foods Group) are reflected in the ranking.

CGT once again ranks the top 100 public consumer goods companies based on their annual revenue. In addition to five years of data, the list also includes the 10 companies with the largest growth percentage. 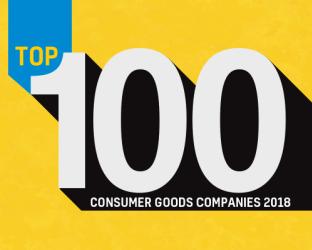 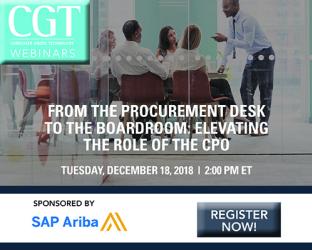 Sponsored
Webinars
From the Procurement Desk to the Boardroom: Elevating the Role of the CPO