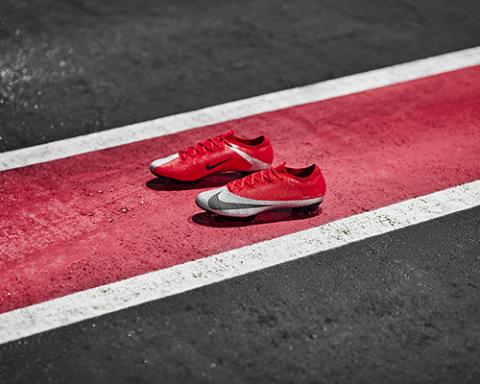 Nike is making leadership changes as part of its focus on its direct-to-consumer strategy and digital transformation.

The changes are intended to support Nike’s Consumer Direct Acceleration (CDA) strategy announced during its fourth-quarter earnings call. The CDA strategy intends to align and simplify the consumer experience across the company’s owned and partner ecosystem, as well as unify its tech investments.

As part of this, Nike, which is No. 10 on the CGT Top 100 Consumer Goods Companies ranking, is streamlining its corporate leadership team. Amy Montagne is taking the role of VP/GM of men’s, while Whitney Malkiel becomes VP/GM of women’s, and McCallester Dowers becomes VP/GM of kids.

Craig A. Williams, president of the Jordan brand, and G. Scott Uzzell, president and CEO of Converse, are joining the executive leadership team.

The changes also include jobs cuts across the company resulting in pre-tax costs of $200 million to $250 million. Further details weren't provided, and Nike hadn’t responded to inquiries as of this posting.

“We are announcing changes today to transform Nike faster, accelerate against our biggest growth opportunities and extend our leadership position,” said Nike president and CEO John Donahoe, who took the helm at the start of the year. “Now is the right time to build on Nike’s strengths and elevate a group of experienced, talented leaders who can help drive the next phase of our growth.”

Like many apparel and footwear companies, Nike was hit hard by the COVID-19-prompted store closures. The company reported a fourth-quarter net loss of $790 million, but its digital sales skyrocketed 75% and the segment represented almost 30% of its total business in the quarter.

“Simply put, we will more aggressively leverage technology to make Nike better,” Donahoe said during last month’s earnings call. “This single integrated technology strategy across our business will accelerate how we serve consumers.”

Despite this more aggressive focus on digital commerce, Nike isn’t eschewing physical retail altogether. It intends to open up to 200 small-footprint stores in North America and EMEA, and it showed off its latest Nike Rise concept store in China earlier this month.

This story was originally published on RIS News.