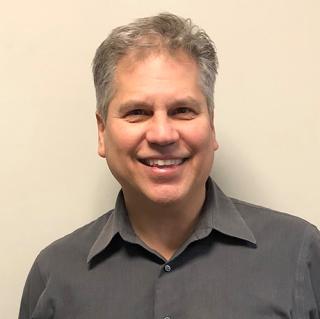 Werner Graf is senior VP and Chief Customer Officer of Visionet and a member of the CGT/RIS Executive Council.

Ahhhh…Valentine’s Day!  A celebration of love!

So how did Valentine’s Day come about, and what does this happiest of holidays have to do with hard business?  Well, as it turns out, a lot!  This isn't another article on the inflation-adjusted cost of flowers or comparing same-store sales of candy hearts at Walmart.  It’s not about flowers and lace-cut cards. It’s about the marriage, not the honeymoon.

So let’s skip the Leo Buscaglia version of Valentine’s and go full Dr. Ruth Westheimer:  today represents relationships. Relationships aren’t lovey-dovey fairytales, they are hard. The Latin origin of Valentine, “Valentinus,” actually means “worthy” or “powerful,” not romance. It’s only when love is mutual do you form the strongest relationships and “love,” as any internet-educated shrink will tell you, is only sustained through “transparency,” making it a core operating system for the relationship.

And this goes for companies as well as people.

Why Relationships Mattered Then

But before we talk further on relationships, let’s get back to today and how it came to be. As it turns out, no record connecting “Love” and “Relationships” with Valentine’s Day exists prior Chaucer’s “Parliament of Foules” poem from around 1375. In it, Chaucer connects love to the St. Valentine’s feast day (February 14) when all animals, including business executives, come together to find a mate.

So why then was St Valentine the focus of Chaucer’s romantic prose? And why today?  Well, as with many pleasant holidays, the origins are less palatable. Valentine’s Day actually has somewhat obscene and violent origins which have been mercifully euphonized over the years into flowers, cards, and chocolate bon bons. In addition to Chaucer’s connection, our contemporary $24 billion love-fest actually has a two-part origin story: 1) Lupercalia, an ancient pagan debauchery festival and 2) a pope co-opting the calendar to immortalize a more pious event: the tragic beheading of St. Valentine.

Let’s start with debauchery, which is always more fun than a beheading. Lupercalia was the oldest of Roman festivals, commemorating the origin of Rome in 753 BC where Rome’s founding twins, Romulus and Remus, were apparently nursed by a wolf in a cave. The cave, called “Lupercal”, also happened to be where Romans believed that Mars, the God of War, impregnated the twins' mother on February 15th. Naturally, the Romans, as Romans liked to do, used it as a way to promote sex.

The Romans decided to annually celebrate fertility at the site where eventually priests would sacrifice a goat and a dog, smear blood on men’s foreheads and have them prance around laughing and naked, while smacking random women with their new goatskin thongs. Move over NRF, those Romans knew how to party.

Men would then draw a woman’s name and stay with them throughout the festival and sometimes until the following year’s festival. Some naturally fell in love and married, or made a conscious decision to keep a bird in hand instead of potentially drawing the short stick in next year’s gala. Over the eons, though, Lupercalia dropped the romance and the women pairing and just retained whipping. And it got serious. Sometimes the men’s self-flagellation on “Valentine’s Day” would even end in death proving some humorous metaphors write themselves.

Fast forward to February 14th year of our Lord 270. Three centuries and one world-rocking crucifixion later, the Roman Emperor Claudius II Gothicus had banned marriage hoping men would be more willing to go to war when a Roman named Valentine began aiding persecuted Christians and secretly marrying them. Valentine’s conversion to Catholicism had inspired him to defy Claudius and landed him in jail.

During imprisonment, he then tried to convert Claudius to Christianity and when he refused to forsake his faith, Valentine was beheaded. We don’t know if the association of red with the holiday is from that, (I’m hoping not) but if you want to complete the picture in your mind, the flower-adorned skull of St. Valentine is on display in the Basilica of Santa Maria in Cosmedin, Rome. Assumedly the only flowers associated with Valentine’s day way back then were the ones in poor ole Valentine’s autonomous skull.

By the 5th century, flogging didn’t seem like so much fun and Lupercalia was ripe for assimilation. Although some small trace of reverence for naked men prancing around and smacking women with leather thongs was probably still buried deep in the DNA of every pure-blooded Roman, Pope Gelasius co-opted the date and set February 14 to honor Saint Valentine’s martyrdom instead.

Why Relationships Matter (More Than Ever) Now

So, nice history but other than Claudius reminding us each of some former manager, what is the tie between today’s hearts and flowers and today’s business world?

Well again, in short, it’s about relationships, and relationships in business are hard. On the personal level, employees grapple with office politics, balancing life issues and careers, and so on. On the organization level, B2B and B2C relationships are always precarious and shifting.

One thing is sure, regardless of whether personal or organizational, when relationships are missing love, they become more transactional, less energized, less interesting and less predictable. Conflicts, power struggles, misunderstandings and secrecy drain positive energy from the partnership. 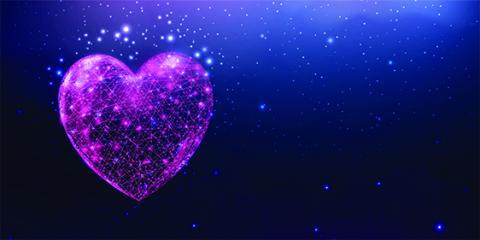 The key enabler of Love and all its subordinate concepts (affection, loyalty, trust, etc.) is Transparency.  When an organization is confident to be transparent and communicative with its employees, partners and customers, it enhances those relationships and derives all the exponential benefits from them — and ultimately a competitive advantage.  Dr. Ruth once said about transparency: “For a relationship to work, it must have shared communication that includes a regular exchange of information and ideas.”  (She also said the most important six inches in a relationship was between the ears, but I couldn’t figure out how to work it into this article.)

For solid relationships, organizations and professionals must ramp up communication and transparency. So much of how we operate, however, is within the confines of systems and protocols developed years ago and are now status quo. Evaluating every system and method through the prism of today’s need to be transparent is a good way to look for that differentiator and competitive advantage.

Take one of the most basic ways organizations communicate today: Electronic Data Interchange (EDI). EDI has been in use since the late 1960s, but many organizations still use their existing legacy systems for processing traditional B2B transactions like Purchase Order, Invoice, Advance Ship Notice, etc. Often this still involves a great deal of human intervention, multiple steps and many paper documents. The benefits of EDI over legacy systems is well-documented:

Yet even the use of EDI where paper documents are reduced and human error minimized, the world is much different than the late 1960s and other technologies are now available. Business leaders would be wise — like Pope Gelasius or Chaucer — to realize that a shift in the culture is required and at hand.

EDI still requires substantial investment and requires time to deploy and integrate 1-1 connections into existing applications.  It needs constant monitoring against viruses, hacking and constant maintenance often from in house resources. Despite even a recent move to the cloud, EDI is an “old” technology which hasn’t changed much yet remains the dominant protocol in B2B.

As my colleague Deepak Das accurately puts it, there are ways now to “Optimize EDI” to “integrate with your ERP system, connect with e-commerce platforms, marketplaces, B2B portals, social channels, and shipping solutions. We can now enable businesses to effortlessly scale the data exchange workloads and quickly onboard new trading partners using a variety of EDI and API-based formats, handle exceptions to avoid expensive chargebacks and provide built-in BI Dashboards for productive insights.”

Sounds like Deepak is evangelizing a transparency play and the best relationships with customers and suppliers are those where the transparency and trust anchor both parties in rough seas. The ability to transition away from just traditional EDI is one example an available way to enhance transparency between partners. Just as practicing transparency helps couples sustain intimacy in a romantic relationship, it is essential for business partners to operate and head-off unforeseen conflict.

From that first minute of your next interaction with an EDI partner, set the tone that transparency on both sides will enhance your already-successful working relationship. Start evaluating better ways than your traditional EDI to enhance transparency because it is a foundational pillar of your B2B and B2C strategy,

Transparency enhances love and, like love, transparency is happening all around us. Our businesses are now hyperconnected, yet the speed of information exposure still continuously shocks old-school managers. It’s time to honor our patron Saint of relationships, Saint Valentine and realize that managers who don’t embrace transparency might eventually lose their heads.

Werner Graf is senior VP and Chief Customer Officer of Visionet. He’s also a member of the CGT/RIS Executive Council.

More From the Executive Council