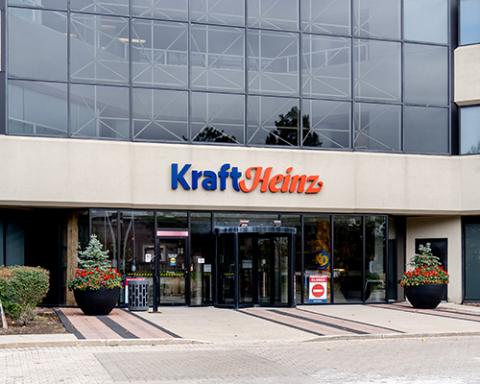 The changes are slated to go into effect in the second fiscal quarter of 2022.

The Kraft Heinz Company is combining its U.S. and Canada businesses, marking the next step in the company’s turnaround strategy.

The move, which will create a unified North America zone, seeks to increase agility in operations, go-to-market and innovation by better leveraging the company’s scale.

Kraft Heinz is the No. 21 publicly owned consumer goods company, and the U.S. and Canada businesses accounted for approximately 80% of its 2020 consolidated net sales. The company has been undergoing an evolution of its portfolio that’s included unloading its cheese business and selling off its Planters nut brands.

It’s also been expanding its international presence,  acquiring Assan Foods earlier this year and announcing on Friday it will acquire an 85% stake in Just Spices, a German-based direct-to-consumer startup.

This latest restructuring, which is slated to go into effect in the second fiscal quarter of 2022, will include three commercial business units:

All three will report to Carlos Abrams-Rivera, who will lead the new North America zone as president. He is currently president of the U.S. region and has been with the company since February 2020.

Kraft Heinz is also bringing on Robert Scott as president of research and development, North America, where he’ll lead R&D for the company’s core business, renovation and innovation agendas, and commercialization strategy.

Scott joins from Abbott Nutrition, where he served as divisional VP of global product development. He also previously served as VP of R&D, Latin America, for The Coca- Cola Company.

By streamlining the businesses, the company expects to more effectively pilot high-value products, processes, and service innovations, and increase speed to market. Miguel Patricio, Kraft Heinz CEO, called the changes an evolution to its structure and part of a broader revolution in how employees will work at the organization moving forward.

“As consumer, customer, and employee needs change, we must be in a position to anticipate, adjust, and respond with speed,” Patricio said. “Combining our U.S. and Canada businesses — two dynamic zones — gives us a distinct advantage and will produce faster, more effective results so we can continue investing in our strategic plan and driving sustainable growth.”