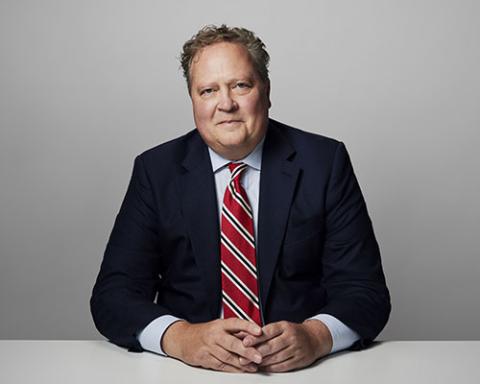 Moeller joined the No. 2 consumer goods company in 1988 and has been a member of the company’s global leadership team since 2009 in such roles as CFO, COO and vice chairman.

As part of this, Shailesh Jejurikar has been elected COO, effective Oct. 1. Jejurikar currently serves as CEO of the company’s fabric and home care sector, its largest business unit, and has been with the company for more than three decades.

He will report to Moeller, with his successor to be announced at a later date.

“I am honored to serve as P&G’s CEO,” said Moeller in a statement. “My confidence in the future is rooted in my confidence in P&G people. They are committed to lead, motivated to win, and have a strong focus on sustained excellence in everything we do — serving consumers and delivering for shareholders through an integrated strategy that is delivering balanced growth and value creation.”

In a letter to P&G associates and posted on LinkedIn, Moeller cited his gratitude toward Taylor and P&G employees, as well as the company, which he described as “one of the most personally and socially relevant companies on the planet.”

“As we move forward, you should expect 100% congruence with the strategic choices we’ve been executing together over the last number of years — a portfolio of daily-use categories where performance drives brand choice; superiority across product, package, brand communication, retail execution and value; productivity in all areas of cost and cash; constructive disruption in all facets of our operations; and a more agile, accountable and empowered organization,” he wrote. “These strategic choices are the foundation for balanced top- and bottom-line growth and long-term value creation. They are working, and we have a long runway ahead to keep driving them.”

James McNerney, lead director of the P&G board, thanked Taylor for his leadership and guidance over the last six years, noting that the company has returned consistent balanced growth and value creation.