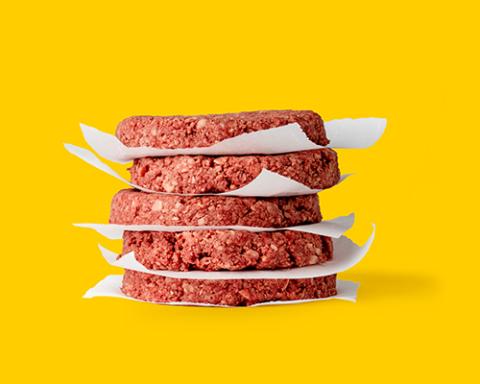 Add Impossible Foods to the list of consumer goods companies fast-tracking their DTC strategy as a result of COVID-19.

The plant-based food company has launched an e-commerce site for consumers, an initiative that’s been in discussion since its founding in 2016, Rachel Konrad, Impossible chief communications officer, tells CGT. And while there’s long been demand from Impossible’s “mega fans,” the economics just didn’t make sense.

Enter COVID-19 and the dramatic shift in consumer purchase habits, and the team decided to move up the DTC launch from late this year to last week.

See also:For DTC House Resident, Stuck at Home isn’t Such a Bad Place to Be

“Frankly, we know that some trends — including the rise in convenient, practical home deliveries — are here to stay. So we accelerated the development timeline for our DTC site to the first half,” she says. “The revenue generated from DTC has exceeded even our most bullish internal expectations, without any meaningful advertising spend so far,” she adds, noting that the company hasn’t even posted about the site on its own social media channels.

Products on the e-commerce site are offered in family-size quantities for prices ranging from $49.99 to $69.99 with free two-day shipping to all lower 48 U.S. states. (The company hopes to add Alaska and Hawaii once it can guarantee quality.)

While the top orders have predictably come from California, New York and Florida, Impossible is also seeing strong demand from ZIP codes where its products are already available at retail and in restaurants. According to Konrad, these sales aren’t cannibalizing those within its other channels.

“This implies that there is not only pent-up demand from people who live in locations where Impossible Burger is harder to find — but people who can easily get it at their local Safeway, Kroger or Fred Meyer grocery store are buying it in even greater quantities online,” says Konrad.

The move into DTC dovetails with the company’s simultaneous retail expansion plans. After selling through just 150 grocery stores in early March, its products can now be found in more than 3,000 locations. Like its move into DTC, the retail growth plans were accelerated as a result of the increased consumer demand and a shift away from restaurants during the health crisis.

Popularity of plant-based foods continues to rise and has seen a surge during the COVID-19 health crisis. According to Nielsen, U.S. in-store sales of fresh plant-based meat alternatives rose nearly 171% during the week ending May 30 vs. the prior-year period.

In choosing the products to sell through each channel, Impossible analyzes its consumer data on an almost “minute-by-minute basis,” Konrad says. The company expects to change the mix based on seasonal behaviors, and it also tracks restaurant sales data. (Fun fact: While most restaurants sell Impossible Burger as a sandwich patty, the No. 2 “form factor” east of the Mississippi River is meatballs, while west of the Mississippi prefers tacos as a second choice.)

“DTC is about meeting customers where they are,” says Konrad. “Due to COVID-19, a lot of consumers showed a preference for online grocery ordering and home deliveries. We listened — and frankly, we know that a lot of us will keep up our weekly repeat deliveries and standing online orders because it's convenient and practical, whether or not we're still social distancing due to the pandemic.”