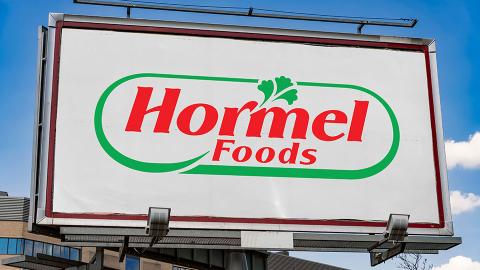 Hormel Foods is restructuring its operations in a bid to become more agile and consumer-focused, and it’s developing a new center of excellence for its retail segment as part of this.

The Austin, Minn.-based food manufacturer, which includes such brands as Skippy, Spam, and Applegate in its portfolio, will transition to three operating segments: retail, foodservice, and international. Its global supply chain will continue to be overseen by its One Supply Chain team.

Hormel Foods is the No. 63 publicly owned consumer goods company, and the changes go into effect Oct. 31, which is the beginning of the company’s fiscal year. It reported net sales of $11.4 billion in fiscal 2021, a year-over-year increase of 19%.

Jim Snee, president/CEO and chairman of the board, said the new operating model is a culmination of recent strategic actions, including the acquisition of Planters from Kraft Heinz last year, the creation of its One Supply Chain productivity and capacity initiative, the modernization of its technology and e-commerce capabilities, and transformation efforts of its Jennie-O Turkey Store.

“This new alignment will empower our 20,000 global team members, with a more refined organizational structure that is accountable, nimble and focused on creating the Hormel Foods of the future,” Snee noted in a statement.

Hormel Foods has six strategic priorities, and the new operating model is intended to support all of them, including expanding foodservice leadership, growing core brands, building its global presence, amplifying scale in snacking and entertaining, growing its ethnic and food-forward portfolio, and other company transformation efforts.

Retail, which is the company’s largest operating segment, will focus on Hormel’s strongest brands, including Planters, Corn Nuts, Spam, Skippy, Columbus, Applegate, and others. It will  be reorganized into six verticals “to better reflect how the products will be pitched to retailers and what consumer problems they solve,” the Star Tribune reported.

This segment will be led by Deanna Brady, who currently oversees the company’s refrigerated foods segment and will become executive VP of retail.

The retail segment will be powered by a new center of excellence Hormel has named Brand Fuel. A “food-forward” hub, Brand Fuel will house Hormel’s brand management expertise, marketing capabilities, and insights-led innovation, all intended to further enable data-driven decisions for the enterprise.

This center will also house the digital experience group, the company’s e-commerce and digital content team that supports the company’s brands and businesses in the virtual marketplace.

The foodservice operating segment will serve Hormel’s foodservice customers, including restaurants, hotels, educational and health care institutions, convenience stores, and entertainment venues, and will combine its domestic foodservice businesses. Mark Ourada will lead the segment as group VP of foodservice.

The international segment will continue to focus on aggressively growing its presence outside the United States, said Hormel, including growing its brands; accelerating investments in China, Brazil and Indonesia; and leveraging partnerships in the Philippines, South Korea, and Europe.

Hormel will open a new R&D and innovation center in China in fiscal year 2023 to serve as its food innovation and culinary creation hub for the Asia-Pacific region. Swen Neufeldt will continue to lead the company’s international business as group VP, president of Hormel Foods International Corporation.