Amazon vs. The Mall

Amazon vs. The Mall

I didn’t shop at all on Amazon.com during the 2017 holiday season, which apparently puts me in the minority of U.S. shoppers – including within my own house, where my wife and teenage daughter made backdoor packages from Prime a near-daily occurrence in December.

I’m not an Amazon hater or a shopping Luddite. Over the course of the year, I bet I shopped more online than the average 52-year-old male. And although attempts to order customized greeting cards online, first from Walmart and then Staples, did ultimately turn into a fiasco (I ended up receiving 100 cards containing “Seasons Greetings from The Marshall Family”), I never planned to avoid online shopping.

I am a creature of habit, and I just happened to have better-than-normal success this season shopping at a mall that’s about 20 miles from my house. There are several closer malls, but I’ve always preferred this one’s particular mix of stores and services. (Let’s see Amazon beat the 15-minute delivery time of my favorite custom ornament kiosk.)

This year, the mall did provide some continued evidence that brick-and-mortar retail is on the decline. Sears had given up one of its floors to another chain, Macy’s didn’t have a single customer service counter open on its second floor, and there seemed to be more seasonal shops than there have been in the past. But on the way home, I drove by the 700,000-square-foot “retail center” that General Growth Properties is literally working overtime to build two minutes from my house, and I got confused about the future of traditional retail all over again.

And then, in early January, the industry started buzzing about the (admittedly speculative) possibility of Amazon buying Target, a move that would make last year’s acquisition of Whole Foods seem relatively meaningless. Adding Target’s 1,800-odd stores as sales centers and distribution points for mass merchandise would possibly be the greatest coup yet for a company that seems to stage a new retail revolt every month.

According to One Click Retail, Amazon was responsible for roughly 44% of all measurable U.S. e-commerce sales in 2017. That translates into just 4% of total U.S. retail sales, so we’re not quite seeing Walmart levels of market dominance just yet. But with e-commerce accounting for most of the retail industry’s recent growth, that’s a staggering share level to enjoy – especially since it’s still climbing.

One Click Retail also called 2017 a “watershed year” for private-label sales at Amazon, which generated an estimated $150 million in just two product categories: home goods and electronics. Consumer product manufacturers have long dealt with own brand-minded retailers, but Amazon could easily prove to be the most adversarial “frenemy” yet.

Amazon’s potential industry dominance, however, isn’t just about sales. It’s also about the perception of the company among both consumers and the recent wave of new consumer product manufacturers.

For consumers, Amazon is the first place to go when they want to buy something. More than 50% of online product searches begin on Amazon.com, according to One Click. Amazon isn’t quite synonymous with e-commerce, but it’s always top of mind. And then there’s Amazon’s ability to anticipate shifts in shopping behavior and do more than anyone else to facilitate those changes: Dash and Alexa both seemed like publicity stunts – until they turned out to be legitimate transactional channels.

Meanwhile, for new manufacturers, Amazon is the first place to go when they want to sell something. Now that online shopping is commonplace across all categories, market entry for even packaged goods has become a lot simpler than it was in the old days of store-to-store cold calls. Mike Senackerib, a former chief marketing officer at Campbell Soup Co. and general manager at Kraft Foods, launched a new healthy snack brand last November in two steps: direct-to-consumer sales first, a distribution deal with Amazon second.

But Amazon is able to take its supplier relationships further, and in directions other retailers can’t, by providing many of the back-end services that startup companies need. The retailer ranks quite highly as a provider of digital commerce solutions in Consumer Goods Technology’s 2018 Readers’ Choice survey, the results of which will be released this month. (Incidentally, a couple of shopper marketing agencies also turn up as technology-driven solution providers this year – another future trend to consider.)

The bottom line here is that buying Target would give Amazon another critical weapon in its efforts to become the leading player in U.S. retail. But it doesn’t necessarily need Target to achieve that goal.

Does that mean everyone else should give up and go home? Not just yet. Not as long as they’re still building new malls. And not as long as there are still 52-year-old creatures of habit shopping in them. 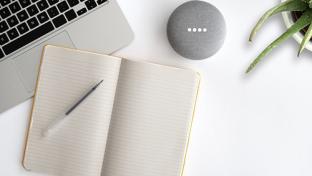 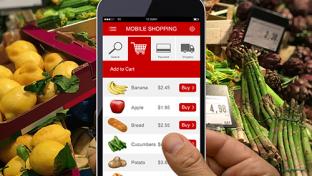 Sales & Marketing
What the Shift to Digital Grocery Means for Loyalty