Great news, everyone: The “Retail Apocalypse” might not be happening after all.

I don’t have a lot of information on which to base this bold declaration, just a headline I found in August suggesting that the industry might be experiencing a “Retail Renaissance.” The author was examining the recent performance of Walmart, Target, and a few other traditional retailers that have successfully adapted their business strategies to effectively compete in this new retail reality.

Granted, the opinion of one industry observer doesn’t necessarily signal a reversal of fortune for an entire industry, but it was nice to see someone discussing traditional retail optimistically after so often reading about its impending death lately.

Reports of its death, of course, have been greatly exaggerated – if any of the doomsday predictors actually believe that traditional retail is literally dying rather than transforming into a new era. Those who do obviously haven’t been paying any attention to the value channel; if the “Apocalypse” truly is upon us, then I guess the value channel must be the retail equivalent of the cockroach, resiliently impervious to the devastation taking place everywhere else.

Personally, I’ve never been much for making predictions. I’m more than comfortable speculating about future scenarios if companies do, or don’t, undertake certain actions. But I’ve always hesitated to make flat-out forecasts about the future, however educated those guesses might be.

“Prediction is very difficult, especially if it’s about the future.” No, that’s not yet another quote from Yogi Berra, but something Nobel laureate Niels Bohr once said. It’s not that I’ve never wanted to make predictions, it’s just that I’m usually able to resist the temptation.

So I never joined the industry professionals who’ve been predicting the impending apocalypse. And I’m not quite ready to declare the arrival of a renaissance either (the latter does require belief in the former, I guess). Nonetheless, here are a few specific predictions I’m glad I never made:

Lidl will dominate the U.S grocery market. Many industry experts predicted that the German extreme discounter would hit our shores in 2017-2018 with the impact of The Beatles. Lidl scaled back its initial rollout plan after early sales proved slower than expected. And while there’s still a chance Lidl will ultimately become a major player, its effect thus far has been as about as profound as the DeLorean’s impact on the automotive industry. (For our younger readers, that’s the car you’ve only ever seen in the “Back to the Future” movies.)

Aldi will dominate the U.S. grocery market. This German chain has been operating in the U.S. since 1976. But when the company announced plans to open 900 additional stores by 2022, predictions of future market dominance where flying faster than a DeLorean with a flux capacitor (see above). While the chain is doing well, its success is probably more indicative of the apocalypse-immune nature of the value channel than any unique strategic prowess it has brought to the market.

Fresh & Easy will dominate the U.S. grocery market. The main reason I’ve been personally reluctant to make predictions about Lidl or Aldi was the memory of this previous can’t-miss supermarket concept. For our younger readers, Fresh & Easy was an ambitious effort by UK-based Tesco, which launched the chain in 2007 and sold it off in 2013.

Walmart’s days are numbered. I never for a moment believed Walmart’s demise was in the cards. It is too big, too efficient, too influential and too important for the consumer goods industry to go away without a decades-long fight. Value proposition-wise, it also has more than a little bit of cockroach in it. But Walmart has also proved to be smart (you might even say nimble) enough to find ways of effectively responding to changing consumer behaviors and competitive challenges.

Target’s days are numbered. For a while, to be honest, I actually did believe that Target’s demise was in the cards. Compared with Walmart, Target seemed far more likely to lose its shoppers to online competitors that could also provide “shabby chic” apparel and eclectic product aesthetics. But despite a number of widely publicized missteps along the way, Target has proved its many naysayers wrong: a recent analyst report was titled, “Target: Excelling in the Age of Amazon.”

Sears Holdings’ days are numbered. Truth be told, I actually havepredicted the death of Sears, joining oh-so-many other industry watchers who’ve been counting the days until Sears’ final demise. Trouble is, we’ve counted a whole lot more days than anyone originally expected. Under the control of the enigmatic Eddie Lampert, the combined Sears and Kmart chains (for our younger readers, two once-beloved retail institutions) have been a train in search of a wreck since 2005. The company currently is mulling an offer to sell its venerated Kenmore appliance brand to … Eddie Lampert. However precariously, and for however much longer, Sears keeps hanging on.

And that is exactly why I’m always reluctant to predict any kind of apocalypse, big or small. 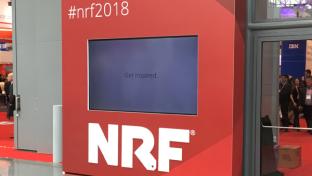 Omnichannel
Buzzing About the NRF Show

E-commerce
Amazon vs. The Mall