What’s in a Name? For Voice Shopping, Still Quite a Bit

What’s in a Name? For Voice Shopping, Still Quite a Bit

Don’t call voice shopping a flop just yet. It might just be in that awkward adolescent stage of figuring out its identity.

Revising its projection last week on the number of consumers expected to make a purchase using a smart speaker by the end of the year, eMarketer pushed its estimates downward by 8.5%, from 23.6 million to 21.6 million people (age 14 and older). And while one might conclude the category is stalling thanks a touch of overhype, it’s more likely that the market is still figuring out what constitutes an apples-to-apples comparison in smart speakers and voice commerce.

For one thing, does it still count as voice shopping if the consumer is using a display to search and purchase?

In its updated forecast, eMarketer pointed to a lack of screens on many smart speakers as proving to be a hurdle in voice shopping adoption. Steve Baker, NPD Group vice president, industry advisor – technology and mobile, agreed in a conversation that devices with screens are more likely to spur purchases than those without, as consumers do derive certain levels of comfort form the screen. He pointed to Amazon’s Echo Show smart speaker as one indicator of this trend, noting that the device’s screen was 7 inches when the device was first introduced and has since grown to 10 inches.

With that said, some of this might just be a definition problem.

“Differentiating the experience of voice ordering vs. ordering off a screen is slicing the banana pretty thin,” said Baker. “Are you really ordering by voice if you just tell it what to do because you saw it on the screen instead of just pressing the purchase button?”

Parsing out these different types of transactions is likely to continue to be problematic as the supply chain determines the value of voice commerce adoption.

“What’s the value of someone just saying, ‘Buy me paper towels’? They can do that with the screen just as well,” Baker said. “The value might be they don’t ask you for the price or brand, and you can substitute things, but I don’t know that’s a good long-term business model to be counting on.”

For their part, retailers are still figuring out how to successfully engage consumers to voice shop, with some operating under the understanding that it’s the beginning of a longer road.

Walmart moved more deeply into voice shopping last fall, adding Siri to the platforms it offers voice shopping, and a spokeswoman for Walmart told us the company is excited by what it’s seeing with voice commerce.

“For 1-800-Flowers.com, this means it can more easily replicate the 1:1 ‘shop floor’ conversations that were instrumental in its early brick-and-mortar success,” he said. “It’s a continual learning process, and in the end, it’s all about providing a best-in-class customer experience.”

While eMarketer cited privacy concerns as a key reason for its revised forecast, Baker remained skeptical that these concerns were playing an issue in voice commerce adoption at the moment.

“I don’t think it plays any role in it right now,” he said. “I don’t think it’s specific to shopping. I think consumer trust is more of an umbrella issue across all of smart home and voice.”

Baker expects that voice shopping will follow the same adoption curve found by shopping by mobile phones, as consumers determine the types of products best suited for this channel — namely, products that are extremely consistent in nature and don’t require research. For consumer tech, this means ink cartridges vs. TVs; for apparel, it’s likely to play out as purchases for underwear rather than issuing an extremely broad “Buy me a white t-shirt” command. (CGT sister publication Chain Store Age published a list of the most-searched products by voice, and both of these categories capture a spot.)

Victoria Petrock, eMarketer principal analyst, confirmed that most purchases made using smart speakers are reorders and things that don’t need to be inspected.

After all, making purchases without asking for pricing and brand information isn’t how consumers typically shop, even for commodity goods, Baker said. “At some point they want to understand what the pricing is,” he noted. “They don’t just believe that because you were cheap before, you’re cheap now.”

This article was originally posted on RIS News.

The retailer is launching "7Voice," allowing customers to place orders through its 7Now delivery service via voice-enabled devices Google Home and Amazon Echo.

Today's customers are perpetual motion machines. Always on the go and busier than ever. So it’s no surprise that 58% of shoppers are expected to make holiday purchases with an app in 2019. 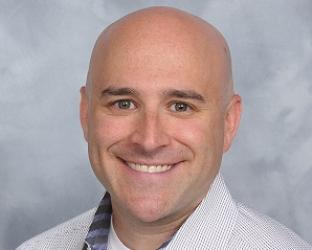 Voice Commerce
Alexa, Can You Grow My Sales?