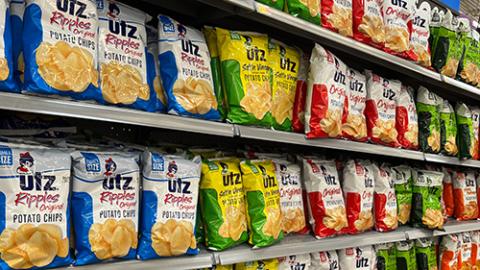 Utz Brands is expanding its direct-store delivery capabilities with the acquisition of two of its distributors, marking the next step in its growth strategy.

The snack company, which includes such brands as Utz, On the Border, Golden Flake, Zapp’s and Good Health in its portfolio, will acquire Clem Snacks and J&D Snacks, both based in New York.  Financial terms weren’t disclosed.

Founded in 1955, the family-owned Clem has around 100 DSD routes in New York City and Long Island, while J&D has about 25 in the Bronx, and Utz expects the acquisition to help it gain regional share in salty snack category. It intends to grow its investment in the area, including increased distribution facilities, sales management, and service velocity, as well as an expanded route distribution system.

The Hanover, PA-based Utz distributes through grocery, mass merchant, club, convenience, drug and other channels, and operates 17 facilities in 11 states. It merged with Collier Creek Holdings in 2020 to become a publicly owned company and has since embarked on a growth strategy.

As part of this, it acquired artisan chip and cracker food company R.W. Garcia Holdings in December for $56 million, including its manufacturing facilities in Nevada and North Carolina.  It also picked up chip manufacturer Festida Foods last year for $41 million.

For these most recent acquisitions, Steve Liantonio, Utz senior VP, national sales operations, noted the company will build on Clem’s and J&D’s foundations.

“These two key distribution partners have been representing and distributing Utz’s brands in the five boroughs of New York City and Long Island, New York, over the last 25 years, and we look forward to working closely with our independent operator network to expand and grow our expansive portfolio of brands in this vibrant and diverse market,” he said in a statement. “The opportunity for growth and expansion remains robust and we are poised to drive it to new heights.”