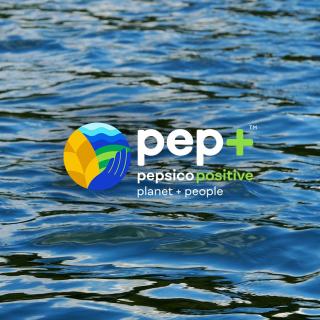 The highlights? PepsiCo has committed to developing technology that will recover more than 50% of the water used in its potato chip manufacturing, as well as scale drip irrigation tech across 25,000 acres by 2025. As part of its PepsiCo Positive (pep+) initiative to be net water positive by 2030, the company expanded safe water access to 8 million more people in 2021. Meanwhile, Keurig Dr Pepper has set a goal to achieve net positive water impact by 2050.

Here’s a breakdown of their initiatives:

PepsiCo plans to expand the water condensation program to nearly 30 potato chip manufacturing plants in high-water areas over the next seven years.

By constructing a mile-long channel to bypass the Windy Gap Reservoir, the Colorado River Basin initiative is predicted to restore perennial flows throughout the river, create 18 acres of new wetlands, restore 50 acres of riverside habitat, and replenish an estimated 380 million gallons of water annually.

"PepsiCo has just nine years to reach our ambitious 2030 Net Water Positive goals, so there is no time to waste," said Jim Andrew, chief sustainability officer at PepsiCo. "We're taking a look at our full value chain, from top to bottom, and asking, how can we leverage the innovation and creativity that exists within our company to ensure that the water resources PepsiCo uses are better off a decade from now than they are today?"

KDP is focusing on replenishment, building on existing efforts.

The company has joined the Water Resilience Coalition — an industry-driven coalition launched as part of the UN Global Compact CEO Water Mandate — that aims to move water stress and its impact on global warming to the top of the corporate agenda and preserve the Earth’s freshwater resources.

"As a beverage company dependent on water at all levels of our value chain, we have a unique opportunity to develop and support leading solutions to local and global water challenges. We are excited to join the WRC and, through collective action, scale the work we have underway to build healthy communities resilient to climate change," said Bob Gamgort, chairman and CEO of Keurig Dr Pepper.

Sustainability Efforts Across the Industry

Water conservation is just a segment of the sustainability efforts CPG companies are undertaking in order to offset their carbon footprint and bring to market earth-friendly products. KDP, for example, is also piloting compostable paper bottles.

Among the latest entrants are Coca-Cola, which is committing to offer 25% of all beverages in reusable bottles by 2030. Other companies like Goldenberry Sourcing and Mentos are reducing plastic usage in their packaging. Meanwhile other companies like Coty are focusing on production, testing varying processes like carbon-captured ethanol to reduce water waste and lessen their carbon footprint.