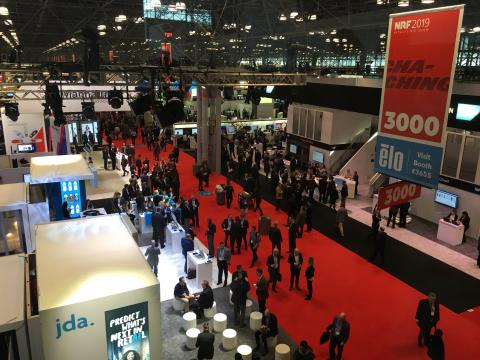 Necessity has long been the mother of invention. She may have adopted in-store technology, too.

Fear of the impending "Retail Apocalypse" for brick-and-mortar stores has apparently been left behind, according to the general consensus from the stage and on the show floor at the National Retail Foundation's 2019 “Big Show,” which concluded yesterday in New York. Now, the industry just needs to figure out exactly how to turn all those traditional stores into the technology-fueled experiential destinations/product showcases/fulfillment hubs/community centers that will keep in step with evolving shopper demand.

It’s now clear that this effort will largely be driven by technology, as retailers of all shapes, sizes and formats seem to have finally put aside their cap ex-averse ways and embraced the crucial need for significant investment in existing stores, future formats and growing sales channels if they want to remain relevant — or even in business. They also seem to have fully embraced the idea that “the store” is anywhere the consumer might be.

Based on the buzziest of the technologies on display at the show, one key goal for the industry will be to follow Amazon Go into the realm of cashierless stores. Or, if a fully automated store is too much to manage right now, there were more than a few exhibitors offering more contained payment-free beverage coolers and product displays (see image above). 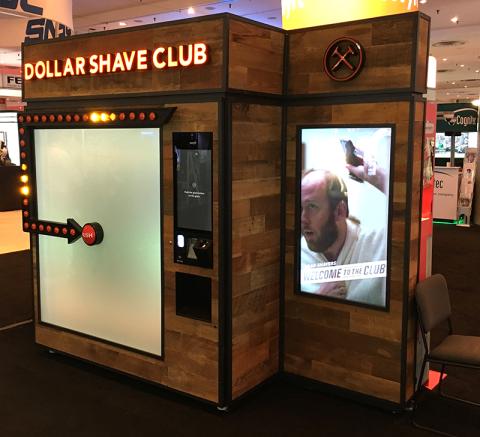 Another objective will be to continue making physical retail as ubiquitous as possible by mobilizing the store via airport-friendly vending machines and kiosks. One noteworthy example is the Dollar Shave Club vending machine that has already rolled out (via Swyft) to some airports and the Mall of America (see image, above).

The fact that DSC, long viewed as the prime example of market share-stealing digital native brands (at least until it was acquired by Unilever), now has a physical presence exemplifies the notion that “pure play is kind of done,” as was noted by Andrew Valkin, a partner at venture capital firm General Catalyst, during a panel discussion. Omnichannel retailing is no longer optional.

Enhancements for existing stores were plentiful as well, of course, with most seeking to make the experience more convenient by enabling shoppers, employees, or both groups. A critical element in this arena continues to be tools that unify the online/offline shopping experience.

To that end, a number of featured technologies were designed to improve the process of buying online for in-store pick up or ordering in-store for home delivery. These also included workforce-related improvements for item picking, inventory tracking and order fulfillment. Some of those involved robotics — for the warehouse, the store backroom or the aisles.

Unlike previous years, most of the robots zipping around the show floor were focused more on employee tasks like stocking shelves, checking inventory and identifying potential hazards (such as Ahold USA’s “Marty”) rather than interacting directly with shoppers  — which might be a good thing, since a study from Oracle NetSuite released during the show finds that 95% of shoppers don’t want to talk to robots. (So perhaps that shelf-auditing drone from Pensa Systems, which can be programmed to swoop down into shopper-less aisles but flee whenever someone approaches, isn’t such an out-there idea).

The changing nature of retail as a business was also readily evident, especially through announcements at the Microsoft booth. Last week’s news that Microsoft and Kroger were joining forces not just to drive the retailer’s own digital shelf initiative but for a wider-ranging “retail as a service”offering for the industry created a lot of buzz at the show. Then, on the show’s final day, Microsoft and Walgreens unveiled a partnership that will put “digital health corners” in stores, among other initiatives.

Kroger chief executive officer Rodney McMullen underscored some of these changes in his keynote address, in which his answer to the obligatory “future of retail” question included the company’s plans to take on the ad industry by using its digital shelves and other tools to “partner with CPGs to better spend” their marketing dollars.

Finally, while it may not have generated as much overt buzz as it has in the last few years, the need for better data streams and more advanced analytics capabilities was again a universal theme. Every technology mentioned here and nearly every tool encountered at the show by CGT was built to collect the data and drive the insights that will make retailers and consumer goods manufacturers smarter about their customers — and keep them from ever having to worry about an impending apocalypse again.

Keep checking back to consumergoods.com over the coming weeks for additional, more detailed show coverage.